Apr 30, 2020 at 13:22
News
Ethereum Rebounds, Faces More Selling Pressure Above $210
Yesterday, Ethereum rebounded and broke the $200 resistance. Unfortunately, the upward move was unimpressive as bulls were repelled. The market is retracing and may find support above $200.

Mar 26, 2020 at 13:29
News
Ethereum Unable to Sustain Above $140, Lacks Buying Power at Higher Levels
Following the last bearish impulse, Ethereum is still consolidating between $100 and $140. At the low of $100, Ether was in the oversold region of the market. 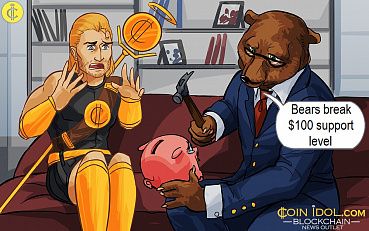 Mar 16, 2020 at 13:47
News
Ethereum May Fall Into Local Bottom as Bears Break $100 Support Level
Last week, the bears pushed Ethereum to the bottom of the chart. Ethereum nosedived to the low of $101 but pulled back above $120 to resume a sideways trend. The bulls could not push price above $140 resistance. Ether is also repelled each time price tested the resistance level. This also explains that ETH lacks buying power at a higher level. 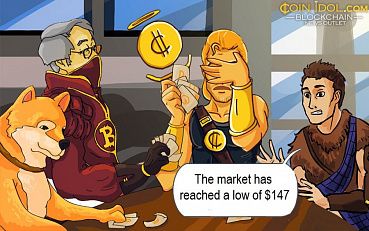 Mar 12, 2020 at 11:51
News
Ethereum Falls to $147, Sellers Threaten to Short Further
Surprisingly, after impressive moves to a high of $246 on March 7, Ether has dropped to a low of $147. The initial fall was to a low of $200. After three days of consolidation above $200, the bears took the initiative to continue the selling pressure. The market has reached a low of $147. There is a likelihood that the fall will extend to a low of $125. 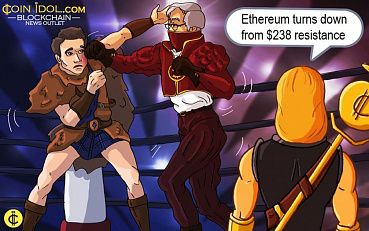 Mar 05, 2020 at 11:56
News
Ethereum Turns Down From $238 Resistance, Expects the Emergence of Buyers
Ethereum’s upward move has been hampered and price consolidation has continued unabated. Ether is in solitary confinement in the oversold region of the market. Earlier on the pair has dropped to the low of $220 since February 29 and became oversold. By default, selling pressure has been exhausted, while price consolidation has continued. 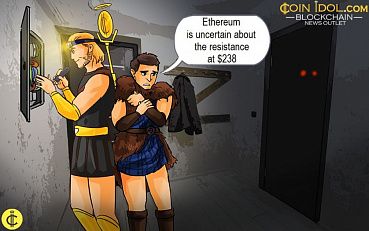 Mar 02, 2020 at 18:27
News
Ethereum Starts Uptrend Move, Uncertain About the Resistance at $238
Ethereum has remained stable since the last bearish impulse on February 26. Ethereum has been consolidating over the current support at $220. There were doubts about whether the current support will hold or not. Ether has fallen into the oversold region. This means that selling has been overdone. This will also suggest that buyers will be on hand to push Ether upward. 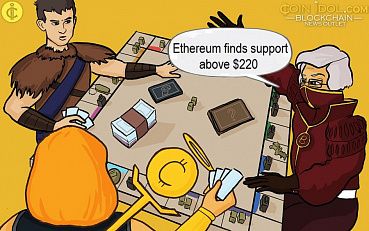 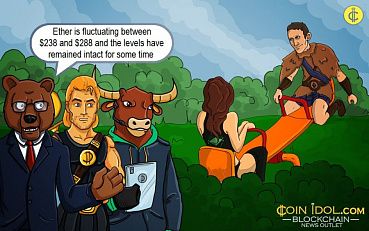 Feb 24, 2020 at 12:02
News
Ethereum Continues Consolidation, Targets $325 Resistance
Ethereum has continued its consolidation without significant price movement over the last 48 hours. The slight uptrend has resulted in a major downward move to retest the lower price range. Incidentally, Ether is fluctuating between $238 and $288 and the levels have remained intact for some time.
1 2 ... 15
×