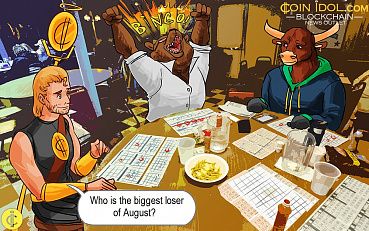 Sep 02, 2020 at 10:05
News
Monthly Analytics: Which Cryptocurrency Has Lost the Most in August?
August has not been bullish for some of the major cryptocurrencies that are among the top 10 tokens by market cap (MC). Let’s review 5 biggest losers of August 2020 in the cryptocurrency market. 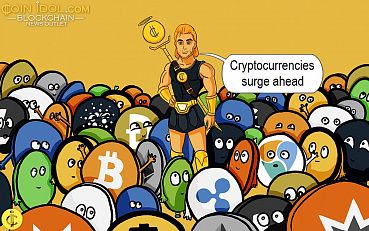 May 03, 2020 at 10:00
News
Cryptoсurrencies Surge Ahead Amidst Bears’ Resistance
In recent times, most cryptocurrencies are faring well as the cryptos trade in bull markets. The recent surge of Bitcoin has pushed the listed coins to rise. Dogecoin and Skycpoin are making impressive runs. The coins are likely to be out of the downtrend zone with a break above their respective resistance lines. 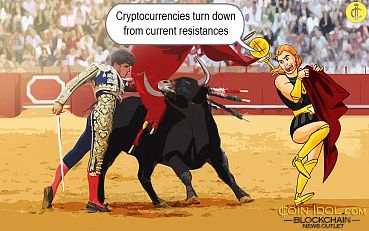 Feb 17, 2020 at 12:29
News
Cryptocurrencies Turn Down From Current Resistance as Markets Reach Overbought Regions
In the week under review, DASH, Dogecoin, Cardano, and TRON were previously making positive moves. In recent times, all the coins have dropped in value as the coins hit the overbought region. Stellar also is in a downward movement as it reaches the overbought condition. 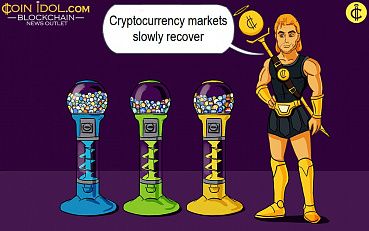 Jan 06, 2020 at 08:53
News
Cryptocurrencies Slowly Recover Amidst Sleepy Markets
Undoubtedly, the coins under review were in consolidation in December but are making a surprising bullish move. DASH, Dogecoin, Monero, and Cosmos broke over EMAs which is a positive sign that the coins are going to rise. Meanwhile, Stellar is consolidating above $0.045low and it has failed to rebound. 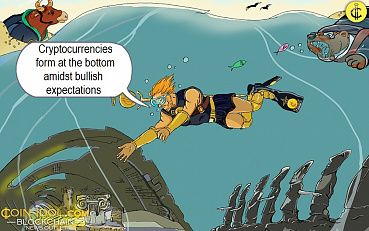 Dec 30, 2019 at 08:31
News
Cryptocurrencies Form at the Bottom amidst Bullish Expectations
The cryptocurrency market has reached bearish exhaustion as Dogecoin and NEO have already shown. NEO has breached the resistance line and fled to the lower high. Lack of demand at a higher price level frustrated the bullish move. The downward move on Monero and Stellar may have been overdone as the coins consolidate at the bottom. ChainLink is in a range bound movement 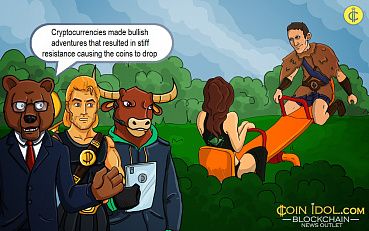 Dec 01, 2019 at 13:47
News
Cryptocurrencies Made Upward Corrections after Decline but May Face Further Selling
Recently, Monero, DASH, and NEO were making impressive moves. These cryptocurrencies made bullish adventures that resulted in stiff resistance causing the coins to drop. The coins dropped and made a pullback which was rejected as the coins face another selling. The Dogecoin and Maker have been relatively stable in price as the coins continue its sideways move. 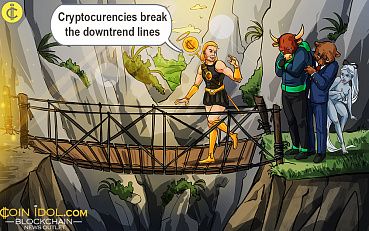 Nov 10, 2019 at 15:25
News
Dogecoin, Dash, Cardano and TRON Break the Downtrend Lines amid Bearish Exhaustion
The 5 cryptocurrencies under review on Coinidol.com world news outlet have all moved to the bull market as others consolidate at the oversold region. The Dogecoin, TRON and Bitcoin SV have moved up as soon as the initial resistances were broken. 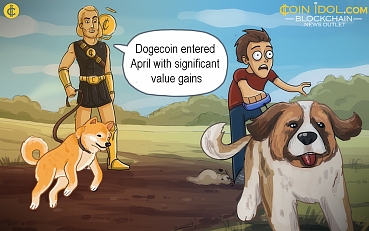 Apr 28, 2019 at 14:07
News
The Future of Dogecoin, will its Price (DOGE/USD) Surge Again?
The 26th crypto by market capitalization and one of the oldest altcoins with a lot of users, Dogecoin (DOGE), entered April with significant value gains and was among the top cryptocurrencies that recorded weighty gains after Elon Musk, Tesla and SpaceX founder, made some positive comments about the coin. The all-time high and low for the coin is $0.018773 USD (Jan 07, 2018) and $0.000085 USD (May 07, 2015) respectively. 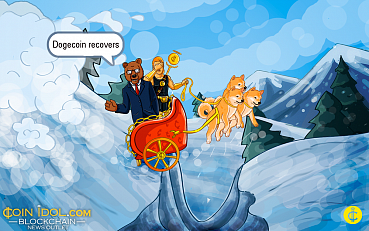 Nov 30, 2018 at 09:31
News
Dogecoin Recovers Amidst Bear Market
The crypto market is facing a reprieve from the drastically bearish conditions seen over the weekend and the beginning of this week. The market bull - Bitcoin (BTC) has increased from this year's low of nearly $3,500 (on the weekend) to nearly $4,300 at (+14.35%) on Thursday, November 29.
1 2