Jun 29, 2021 at 09:29
News
Elon Musk 's Support Did Not Cause a Rally for Dogecoin; Is He Losing His Influence as a Trendsetter?
The CEO of Tesla and SpaceX Elon Musk is apparently showing support for Dogecoin (DOGE), the 6th cryptocurrency by market cap. He has also revealed surprising support for a radical upgrade proposal for DOGE. However, this has not caused the altcoin to recover.

Mar 13, 2021 at 13:53
News
Why You Need to Pay Attention to Ethereum
The recent Bitcoin price surges were doubtlessly attention-grabbing.  After hitting above $40,000 in the first half of January 2021, it has soared past the $57,000 mark in the third week of February, resulting in a market valuation of over $1 trillion. 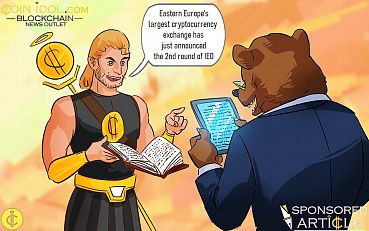 Oct 02, 2019 at 10:13
News
Eastern Europe's Largest Crypto Exchange EXMO has Announced the 2nd Round of IEO Along with Platform’s Upgrade
EXMO, recognised as Eastern Europe's largest cryptocurrency exchange, has just announced the second round of IEO, as well as the launch of stop orders. EXM internal token is scheduled to go on sale on October 3, 2019, at 17:00 (UTC +3) with a 5% discount applicable during the first three days. 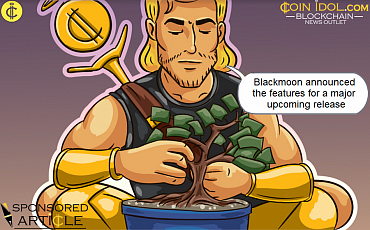 Sep 03, 2019 at 10:35
News
Blackmoon to Release Major Platform Upgrade
Blackmoon announced the features for a major upcoming release to improve the platform.  Moreover, the release forms the basis for further products and features planned to be rolled out this year. This includes the listing of GRAM token right after Telegram Open Network mainnet launch. Good news for Blackmoon token holders, as BMC utility will soon be significantly expanded. 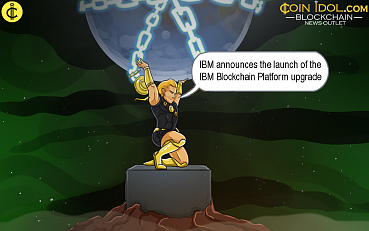 Jun 20, 2019 at 10:07
News
IBM Launches Upgrade of their Blockchain Platform
IBM announces the launch of the IBM Blockchain Platform upgrade, which features a novel extension for Visual Studio (VS) Code, a wide range of industry code models and important tutorials, and the capability to effortlessly change rom development to experiment to production from within one console. The malleable blockchain-based platform is designed on a well-fared open source blockchain which can execute in almost any structure. 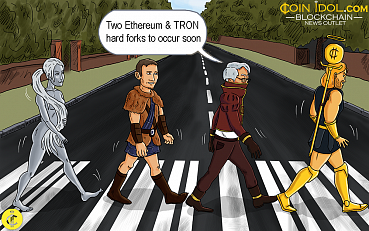 Feb 26, 2019 at 17:19
News
Constantinople: Two Ethereum & TRON Hard Forks to Occur Soon
As February approaches its end, the cryptocurrency ecosystem is expecting two hard forks from Ethereum (ETH) this week: Constantinople and St. Petersburg upgrades. A TRON hard fork will also occur at the end of this month. 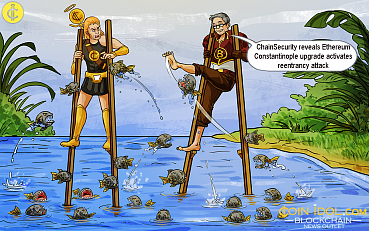 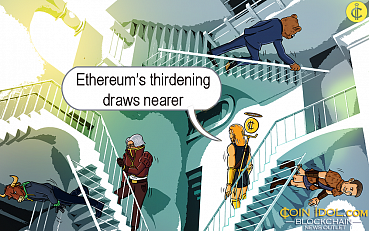 Jan 16, 2019 at 17:07
News
Hard Fork Countdown: Ethereum’s Thirdening Draws Nearer
Ethereum’s (ETH) trading range reduced on January 15, as concentration shifted to the keenly awaited Constantinople upgrade expected in the next 24 hours. The hard fork, also known as the “thirdening” for trimming down the amount of new Ethereum discharged into circulation, is anticipated to bring technical changes to the globe’s third-biggest blockchain.
1 2