Apr 18, 2019 at 14:19
News
Will we Observe Bitcoin Sign on the Spire of Notre Dame?
The famous Cathedral in France was heavily damaged by fire on Monday. As a result of the fire, the roof collapsed and the spire of the building fell. France’s President Emmanuel Macron has promised to restore Notre Dame de Paris. French billionaires, large corporations as well as bitcoin philanthropists have made donations for restoring the building.

Mar 30, 2019 at 15:51
News
Art & Blockchain: Picasso Painting Discovered in Netherlands
The Picasso painting dubbed “Portrait of Dora Maar” worth $28 million and which went missing two decades ago, was finally recovered on the black market in the Netherlands by a senior art detective. The piece was portraying a “young Yugoslavian paparazzo known as Dora Markovic” and it was stolen in 1999 from its Saudi owner. If blockchain technology existed twenty years back it might have well prevented this scenario from happening. 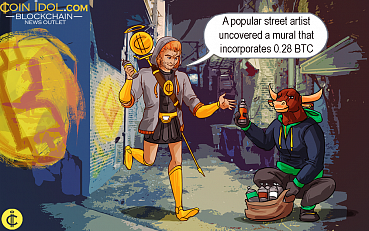 Jan 09, 2019 at 14:39
News
Street Artist ‘Pascal Boyart’ Hides 0.28 BTC Inside a Mural Picturing Paris Political Protests
For the past two months, the whole globe has watched and kept an eye on the yellow vest protests in France as the fundamental political movement has battled for economic fairness. On December 6, 2019, Pascal Boyart (Pboy), a popular street artist uncovered a mural that incorporates a solvable puzzle that contains around 0.28 Bitcoins (BTC) inside. Pboy elaborated that the puzzle can’t be distantly and remotely resolved and that the sleuthhounds have to visit the location as a must to trace the painting’s cues. 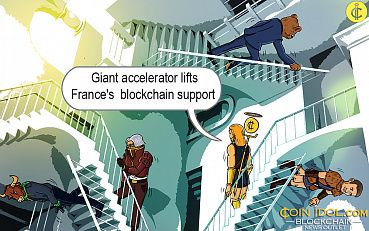 Jun 21, 2018 at 13:22
News
A New Giant Accelerator Lifts France's Blockchain Support and Motivation
The new European blockchain accelerator launch that happened this week in Paris, the capital of France, is one of the signals showing how cryptocurrency technologies sectors have changed with a powerful striking effect over the past few months in the country. 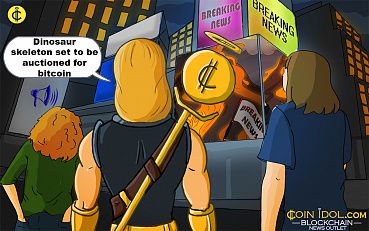 Mar 18, 2018 at 14:39
News
Dinosaur Skeleton Set to be Auctioned for Bitcoin in France
The mysterious skeleton of an unknown kind of dinosaur is alleged to be up for auction in Paris this June. Auctioneers have an opportunity to bid in both euros and bitcoins. The financial market experts say the fossil seems to gain a large amount of money. 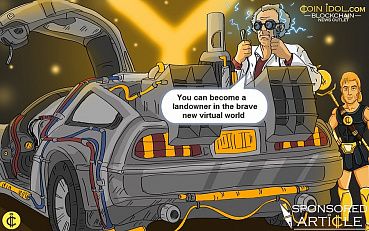 Dec 27, 2017 at 10:25
News
Seven Reasons You Should Invest in Digital Land
Real estate has always been a good investment, yet problems often arise when purchasing a plot at a prime location in a big city. A tiny piece of land in Paris or London is incredibly expensive and even if you’ve got the money, practically all the top spots are already taken. However, buying artificial land in virtual worlds such as Second Life, Sansar, Decentraland or High Fidelity is not only easy, but also promises to be a profitable trend of the future. 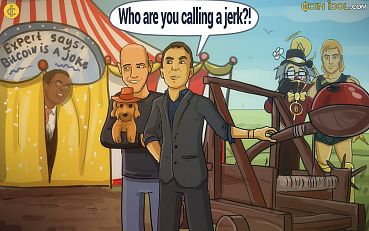 Oct 01, 2016 at 13:10
Blockchain
A Joke You Say? Bitcoin Experts Respond to Daniel Boutrin
In a recent interview, head of research at Banco de Desenvolvimento de Minas Gerais in Paris advised the world to beware of Bitcoin. 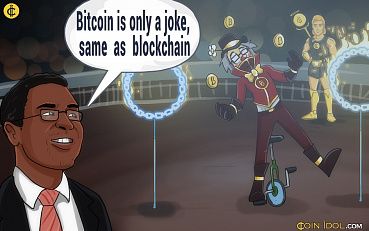 Sep 27, 2016 at 13:45
Politics
Expert Of Central Bank Of France And BDMG Says Blockchain Is Only A Joke
Daniel Boutrin, a former security and cryptology expert at the central bank of France, and now the head of research at Banco de Desenvolvimento de Minas Gerais in Paris, who has been working in the banking and finance industry (JP Morgan, BNP, HSBC, Société Générale, Crédit Agricole) for twenty years and has been working with blockchain for two years, makes statement against using Bitcoin and Blockchain.
1