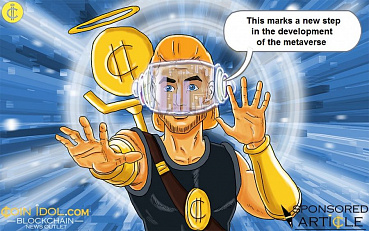 Aug 03, 2021 at 10:22
News
SENSO is Ready to Explore 6 NFT Use Cases on Polkadot
Sensorium Galaxy, an ambitious and widely talked-about metaverse project, has announced that it would soon introduce NFTs and move its SENSO token to a new blockchain built on Substrate. This marks a new step in the development of the metaverse, since other platforms have only explored the possibilities of issuing Ethereum-based NFTs. 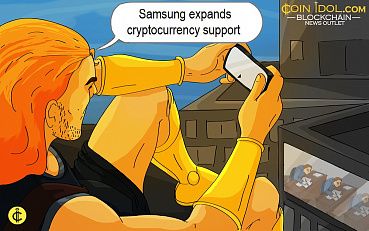 Jul 20, 2020 at 14:43
News
Samsung Expands Cryptocurrency Support for its Galaxy Series
Global tech bulls have been partnering with cryptoasset platforms to offer the community with the fringe use cases of DLT. Now, Stellar has also jumped onto the bandwagon as Samsung included the coin in its crypto wallet. 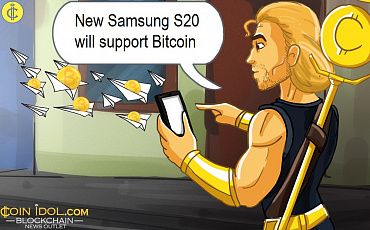 Feb 18, 2020 at 12:06
News
New Samsung Phones Will Support Bitcoin and Ethereum Crypto
The company has introduced a processor in the Galaxy S20 series to store the first cryptocurrency and tokens of the ERC-20 standard. Samsung's Galaxy S20 smartphones have a storage feature for Bitcoin, Ethereum and other digital currencies that support the ERC20 protocol.

Aug 16, 2019 at 10:13
News
Bitcoin Now on Galaxy Note 10. Samsung Supports BTC in its Blockchain SDK
The world’s largest information technology firm, Samsung Electronics, headquartered in Seoul, South Korea, has successfully added Bitcoin support to its new upcoming distributed ledger tech (DLT) Keystore Software Development Kit (SDK), and the company has disclosed that its digital currency wallet is compatible with its latest Galaxy Note 10 smartphone handset. Samsung is one of the most active companies adopting cryptocurrency and blockchain solutions in 2018-2019.

Jul 12, 2019 at 13:35
News
Samsung Launches New SDK Based on Ethereum Blockchain
Samsung, the leading multinational electronic conglomerate based in South Korean, has launched a new software development kit (SDK) based on the Ethereum blockchain, The Block reports.

Jul 11, 2019 at 09:17
News
Samsung Adds Bitcoin Support for their Galaxy 10 Smartphone
South Korean global electronics conglomerate Samsung adds Bitcoin (BTC) support for their blockchain Galaxy 10 smartphone. The Galaxy phone which supports cryptocurrency was officially launched back in March. Since then, the digital currency community has been seen increasingly purchasing the handset so as they can start trading and using the supported cryptocurrency through the Blockchain Keystore App installed in the phone. 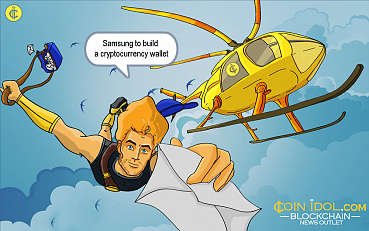 May 15, 2019 at 14:18
News
Samsung is Adding Cryptocurrency Wallet to its Budget Phones
The South Korean technology corporation Samsung announced its intention to build in a cryptocurrency wallet in a line of new budget smartphones, based on a prototype of Galaxy S10. The conglomerate has been actively popularizing blockchain and doesn’t seem to be stopping. 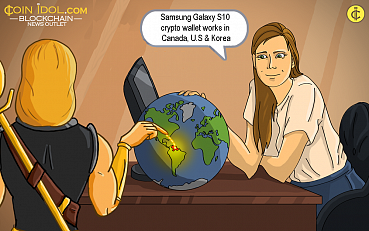 Mar 30, 2019 at 13:22
News
Samsung Galaxy S10 Crypto Wallet Functionality Only Works in Canada, U.S & Korea
According to the latest release by Samsung Australia via Twitter, it is now clear Galaxy S10 blockchain and cryptocurrency smartphone will only be available for three countries: United States, South Korea and Canada. 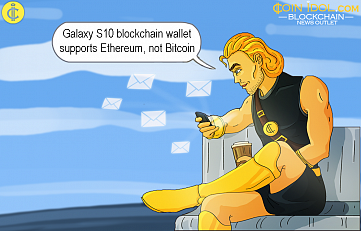 Mar 14, 2019 at 14:52
News
Samsung Galaxy S10 Blockchain Wallet Supports Ethereum, not Bitcoin
The electronics bull, Samsung has officially declared that the blockchain and cryptocurrency wallet for its Galaxy S10 phone is at this time compatible only with Ethereum (ETH) and Ethereum-derived ERC20 coins. Bitcoin (BTC) and other major cryptocurrencies are not yet supported, regardless of the BTC logo surfacing on previous pre-release presentation pictures.
1 2