Nov 15, 2019 at 11:53
News
M5S to Apply Blockchain to Financial and Agrifood Industry
Blockchain technology is already known to the Sardinian agribusiness. The law proposal presented by the M5S regional councilor Alessandro Solinas, aimed at creating a multifunctional regional IT platform able to reconstruct and follow the path of food through all stages of production in Italy, is an ambitious and great potential goal from the farm to the fork.

Jun 01, 2019 at 11:06
News
Blockchain Traceable Goods to Carry Made in Italy & Stellone Mark
The Made in Italy project aiming at using blockchain to protect goods and services produced in the country, has returned to parliament for further reinforcement. It is a modification to the growth decree, that has brought Five Star Movement (M5S) in the Budget and Finance committees, to resuscitate the issue that had appeared from the draft of the provision before the launch by the Council of Ministers. Other major amendments including internationalization and stabilization of the Made in Italy Plan are also underway. 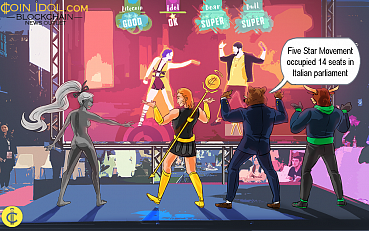 May 30, 2019 at 10:29
News
Di Maio & Giarrusso to Boost Blockchain Adoption in Italy
The 2019 European election is finally over and the elected representatives of the Five Star Movement (M5S), a political party in Italy founded in October 2009, will occupy the 14 seats available, however, the results show a drop in preferences for minister Luigi Di Maio, a popular cryptocurrency and blockchain enthusiast. Barred from the cutting-edge policies and stunned by hullabaloo after falling back on a position at the Ministry of Education, Dino Giarrusso becomes the most voted candidate in the M5S. The names of the candidates with vision for the North West, North East, Center, South and Islands districts in Italy are also being picked out. 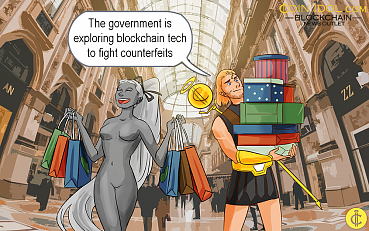 May 17, 2019 at 10:02
News
MiSE and M5S to Protect Made in Italy Brand Using Blockchain
In an effort to have zero tolerance for fake Made in Italy products, the government, through the ministry of economic development (MiSE), 5 Star Movement (M5S) and other authorities, is exploring the potential of blockchain and distributed ledger technology. 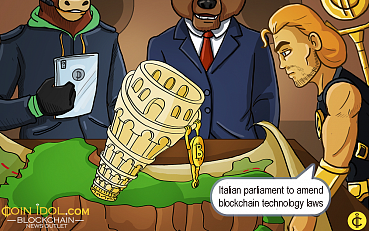 Jan 14, 2019 at 15:18
News
Italian Parliament to Amend Blockchain Technology Laws
Zero paper is required in the digital exercise and blockchain technology legal validity of smart contracts in the suggested amendments that were officially presented to the Senate. €750,000 allocated for startups. The M5S group presented two important amendments to the “simplification” law decree, that is now under a thorough examination by the Constitutional Affairs & Public Works commissions of the Senate.
1