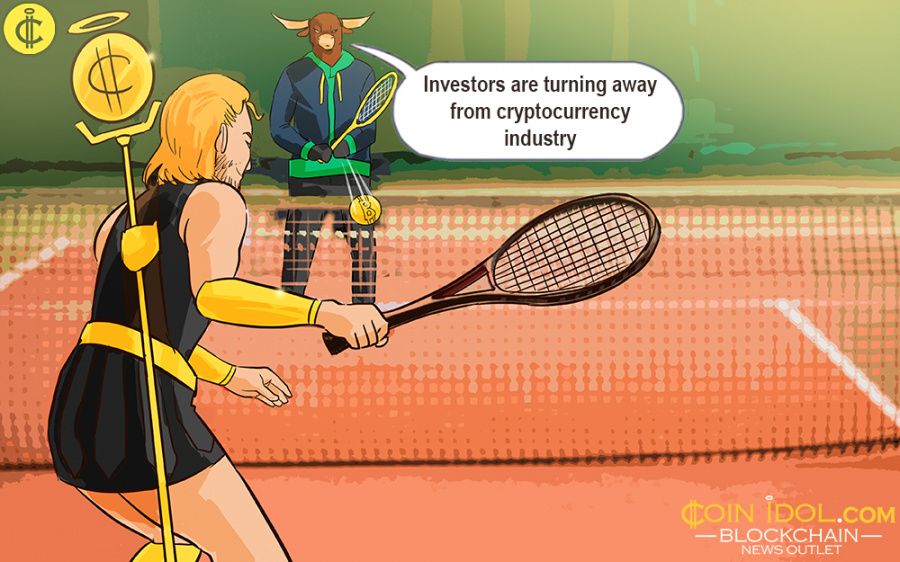 Several investors are gradually withdrawing from the Bitcoin, cryptocurrency and blockchain industry. This year has been a good period for cryptocurrencies as some popular digital assets, such as Bitcoin (BTC), recording over 100% in Return on Investment (ROI).  Albeit, funding has considerably condensed and investors appear to be backing off or considering to pull back. The big question however remains as to why this is happening at this time?

Due to the prolonged bear market that prevailed throughout 2018, made massive venture capitalists in the cryptocurrency industry to be dissatisfied. When the entire market capitalization gained by around $700 billion and Bitcoin price hitting a record high of trading over $20k in December 2017, a lot of people rushed to invest in the coin, unfortunately when BTC started to lose value because of its volatile nature, investors lost hope and some even sold it off at a miserable price, hence making unexpected losses.

What is disappointing is that those glory times might not come again or come soon. The failure of the industry to recover its preceding stability has been damagingly impacting a massive amount and size of Bitcoin and distributed ledger technology (DLT) deals in this very year. The investments by the end of 2018 almost reached $13 billion, as low as the market was and currently, in September 2019, the cryptocurrency industry is yet to hit around $3.5 billion.

The industry has many thousand cryptoassets and more are yet to be launched, for instance Facebook’s Libra, Manny Pacquiao’s celebrity PAC token, Telegram’s Gram, etc. and adoption is more likely to upsurge even in the nations planning to design their own CBDC including China, Norway, Turkey, Japan, India, etc. Besides all that, Bitcoin is still dominating the market by around 70.5% with a MC of over $188.82 bln, and trading in green at about $10,540 (1.77%).

Also, as some venture capitalists are backing off, on the other hand, several organizations, sports clubs (like Liverpool, Benfica, Juventus, Miami Dolphins, etc.) States, municipalities, governments, etc. are serious working on major projects that will be powered by blockchain technology. For example, the municipality of San Paulo in Brazil contracted a certain company to develop a blockchain registry to improve transparency in its modern public infrastructure.

Countries like Denmark, United States of America, Italy (like Napoli, Lombardy region, etc.) are trying to use blockchain in e-voting to enable their overseas citizens to participate in voting and also protect elections from external interference. States like Colorado, West Virginia, California, Berkeley, Wyoming, Utah, etc. are taking advantage of blockchain in different ways.