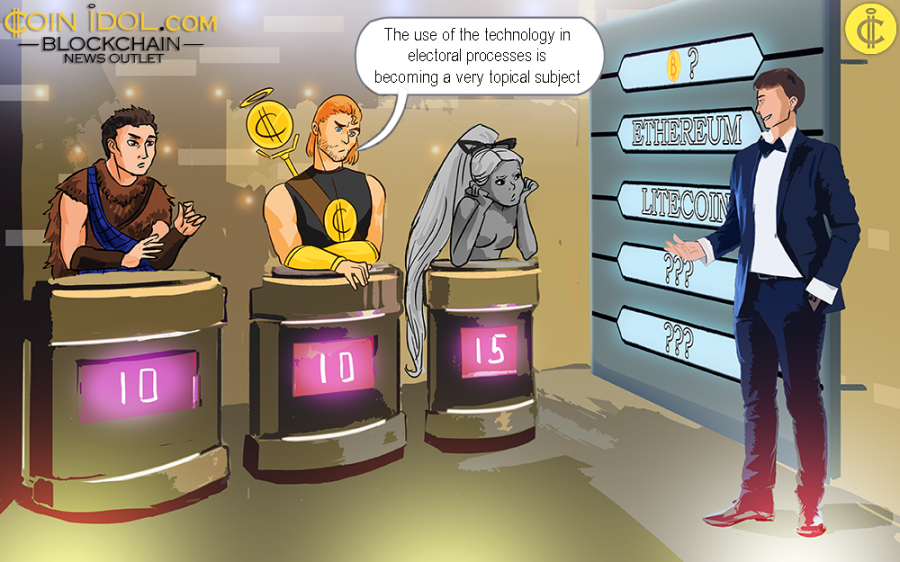 The influence of a foreign country on elections has brought to the fore the issue of blockchain. The government of Italy is trying to examine in detail what benefits technological innovation could bring, however, there are many problems to be faced with the aim of arriving at a universal digital suffrage.

The use of new technologies has widened the ways in which a foreign state can actually influence an electoral process in a country. In unison, the idea that innovation itself can give rise to an answer to these threats is emerging thanks to the distributed ledger technology.

Nevertheless, despite this grey landscape, it is clear that the use of the technology in electoral processes is becoming a very topical subject not only in Italy, with the various initiatives sponsored in particular by the Movimento 5 Stelle ( M5S), but all over the world. At the outset, it is good to immediately clarify an important aspect: a system through the use of blockchain technology is not only extremely interesting but it is probably feasible and could represent a great opportunity for the management of election systems in general.

The communities that revolve around the main cryptocurrencies, primarily Bitcoin and Ethereum, see widespread participation on blockchain, a cornerstone of the system of democratization of choices, guaranteeing all participants a rapid and effective manifestation of their will regarding one or more decisions to be adopted in relation to a specific project. In this sense the Decentralized and Autonomous Organizations ( DAO) probably represent the most complex and emblematic case of using smart contracts as a tool for managing a common good through more or less complex election rules.

However, such organizations by their nature are cross-border, they are not subject to any jurisdiction (although their participants can be) and in general they directly manage assets that they themselves can represent in blockchain. An emblematic case is The DAO, which in 2016 proposed to recreate the operating flows of a venture capital fund in a decentralized and algorithmic form. This experiment is exemplary as a programming error caused an IT incident of colossal proportions that put at risk the very existence of the Ethereum network.

The theme therefore is not whether the blockchain technology is useful in a voting process, but rather if for any voting process, even those detached from assets and assets that can be represented in blockchain can make sense of the coding of the process in the form of smart contract or other mechanism.

Another aspect that should be clarified is the distinction between electronic voting and blockchain technology. They are two very different things, and as trivial as it may seem to underline, clarification is necessary, given the confusion that often emerges on articles, posts and interventions broken down into seminars or conferences on the subject. Yet the two things can be connected by a very important and by now dated sentence that casts a shadow even on the electoral voting system using blockchain technology.

Reference is made to the sentence of 3 March 2009 of the German Constitutional Tribunal (BVerfG, 2 BvC 3/07) on the subject of electronic voting, which essentially clarified that the risk of fraud is clearly greater in the presence of a system of electronic voting because software manipulations could be identified only with difficulty (or by asking another machine for verification), while in the presence of traditional voting methods, large-scale fraud would only be possible with an enormous expenditure of resources and energy and could be more easily demonstrated.

This is easily understandable as a programming error can be exploited in a malicious way and the attack can be orchestrated on a large scale. In fact, there are two aspects to take into consideration the vulnerability due to an involuntary programming error and the presence of a break point or "single point of failure" that could bring an entire process to its knees.

Paradoxically, the "paper" political elections are partially decentralized as each physical voting seat represents an autonomous actor with mutual control bodies such as list representatives. In the case of political elections where the bottleneck is probably represented by the Ministry of the Interior which collects and distributes official data, but also in this case there are independent bodies able to verify the data of the elections.

The digitization of seats itself has not always had positive results. The case of Virginia is emblematic, where an electronic voting system was based on a wireless connection protected with an "abcde" password and that could allow anyone within 50 metres to take control of the database and change the votes of the seat to pleasure. Yet the combination of blockchain and electoral voting now seems to be going on relentlessly.

So far in Italy, different regions have started developing blockchain technology networks that will help in carrying out electronic voting in their future elections. Some of the regions include, the City of Napoli, and the government itself, and others.

There are also several United States regions that are using innovative technologies including blockchain tech to conduct voting electronically. Good examples of the states include, West Virginia, etc. Other countries trying to use blockchain tech in election processes include; South Korea, Thailand, and others.