Telegram to Launch its Cryptocurrency “Gram” by October’s End 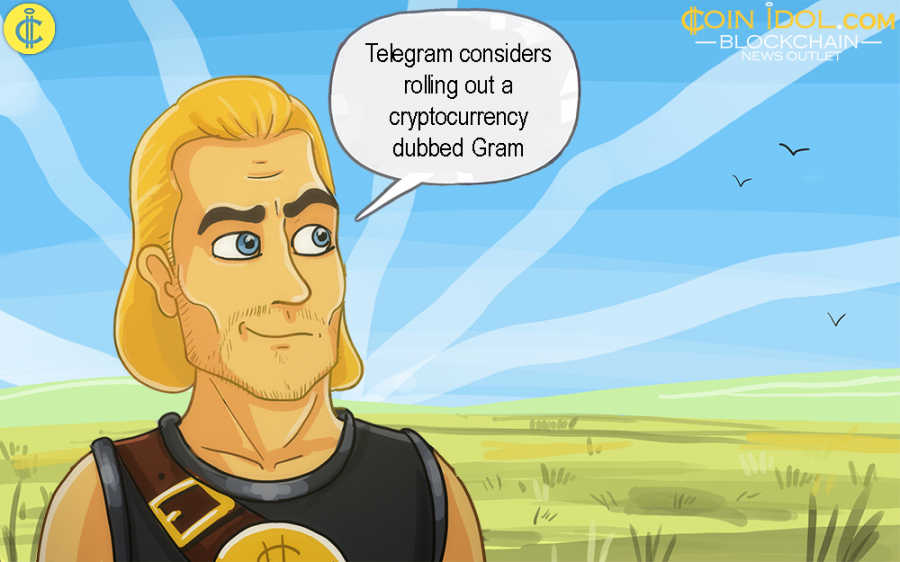 Cloud-based instant messaging and voice over IP service Telegram considers whether to roll out a cryptocurrency dubbed Gram with high determinations and a snug limit of two months. However, for this project to thrive, the company must fulfil what regulators need before October ends, a thing that looks challenging, The New York Times reports.

Remember, the social network firm doesn’t have a good rapport with various governments, but the company doesn't want to lose out on this significant investment, so it has to work day and night to make ends meet and deliver on its commitments.

As the cryptocurrency community has been trying to get to understand what Facebook's Libra token will look like, another giant social networking service provider has started showing up with a high gear. Libra is expected to be officially launched in Q1 of 2020 for use in the public markets globally.

A test version (demo) of the Gram network will go live a few weeks from today. It was alleged that Telegram had started doing initial coin offering (ICO). Albeit, the firm found it hard to follow the existing tough rules regulations by the Securities and Exchange Commission (SEC) and thus decided to halt the campaign.

Gram to Compete with Libra and Bitcoin

As per the report, Telegram plans to launch Gram wallets to 2/3 of its over 200 million monthly active users worldwide. Nevertheless, Gram is still like the way we see Libra – the two tokens are still in the pipeline, they are not yet in the market. So investors who want to invest in Gram should not be scammed by fraudsters – like what recently happened to Facebook users who were sold fake Libra and ended up making massive losses.

Gram will be having similar features like many altcoins including Bitcoin – the coin will also be decentralized. This is an added advantage to all those users who don’t want to be monitored by central financial authorities or trying to circumvent existing regulations. This wouldn’t sound well in the ears of regulators who are trying to oversee and have control over such disruptive developments.

Telegram is seemingly pushing its cryptocurrency out to retain a projected $1.7 million raised from more than 200 million potential investors including giant venture capital companies in Silicon Valley. The logic is that the social networking firm has a tight deadline, so if it fails to launch Gram by October 31, 2019, it stands high chances of losing all this money.