Blockchain to be Used in West Virginia for Voting in 2020 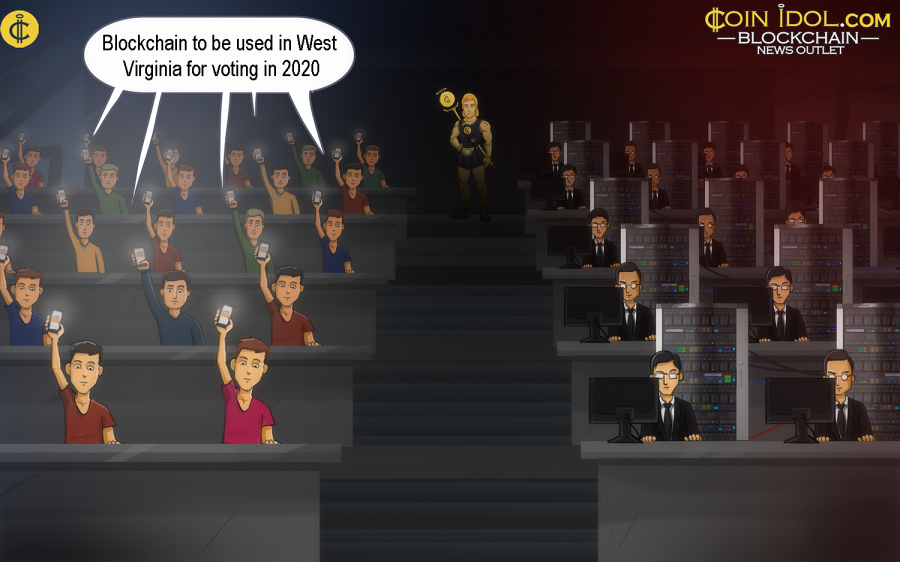 In 2018, West Virginia used the blockchain to conduct voting for a midterm election, and this made it the first U.S state to replace the ballot with a new technology. The state will go forward with the use of blockchain and distributed ledger technology (DLT) in all voting exercises, as stated by Donald Kersey, elections director in the West Virginia Secretary of State’s Office.

West Virginia used a mobile blockchain startup called Voatz, in the last elections and now the same company will be used in the forthcoming 2020 U.S Presidential elections.

Kersey who is also serving as deputy legal counsel in the aforementioned office, revealed that the main reason why the state is willing to continue using this nascent technology (DLT-based mobile voting), is to enable the U.S military forces posted overseas on duty to take part in the elections by casting their votes so that their voices can also be democratically heard.

“In America, we have a democratic government. The folks that represent us, that pass our laws, they are elected by the populace. And a big part of our community in America is our military,” Kersey said.

The election director further emphasized that military personnel posted outside the country, have been finding it very puzzling to send in their secret ballots through email, couriers or electronically due to the nature of their postings. The U.S military personnel believe that mobile blockchain voting exercise seems to be the most appropriate.

As a matter of fact, several U.S citizens in the diaspora have been missing out on voting. According to a survey by The Federal Voting Assistance Program (FVAP), only 7% of the total overseas eligible voters participated in the 2016 presidential elections that brought President Donald Trump into power – compared to over 50% domestically. But remember, the number of valid voters living outside the U.S is more than 7% that participated – showing that many people don’t take part due to some unknown reasons – inconveniences that comes with ballot papers could be one of the reasons.

According to @fvap.gov, only 6.9% of U.S. citizens living overseas voted in 2016 compared to 72% back home. Some Election Officials are doing something about it: https://t.co/XsY8Igryfu pic.twitter.com/bU7jHMf2jv
— Voatz (@Voatz) April 10, 2019

So, both military personnel and the civilian expatriates will take advantage of blockchain voting alternative. Donald Kersey embraced the initiative, revealing that:

“[Blockchain is more secure] because there is no one single point of failure. You have a host of nodes that are storing the data. It’s also highly encrypted.”

As Kersey continue advocating for this modern option of voting in order to increase the number of voters (voter turn up), most especially the citizens living in diaspora, he noted that he doesn’t see that blockchain-based polling will completely replace the traditional means of voting soon, and assumes to see some counterattack for applying such nascent technology.

As United States remains to be friendly to innovative technologies including blockchain and cryptocurrencies such as Bitcoin, Ethereum, Ripple etc., some states for example California, Colorado, Wyoming, Ohio, Utah, and the rest, are working to transform  this revolutionary sprouting technology.