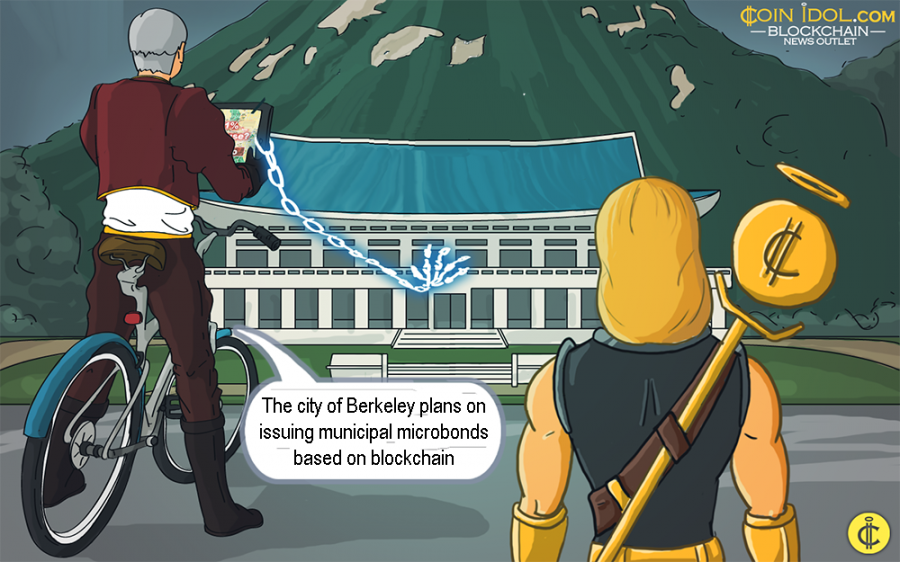 The city of Berkeley, California, plans on issuing municipal microbonds based on blockchain technology. The Microbond Initiative is focusing on issuing bonds which are pocket-friendly – minimum of $25 – so that members of the community could directly invest in feasible public projects. The initiative is expected to proceed through a request for data that will invite the sector to bring forth qualified applications.

Even though the cities have extensively issued municipal bonds, the existing $3.7 trillion municipal bond market is still short of transparency and includes many fee-collecting brokers, and are habitually priced not viable for ordinary US citizens. In place of a banking middleman, the city plans to issue microbonds unswervingly to potential investors, thus eliminating anonymous intermediaries and dropping prices.

US to Dominate the Blockchain Industry

Generally, microbonds are cost effective, interest-bearing tools, created to be cheap for investors. Ben Bartlett thinks that microbonds will play a vital part in boosting the economy and could become a remedy to thrilling wealth concentration, by bringing in more and more investment opportunities for a massive number of around 45% sidelined Americans.

The people are poor due to the fact that capital is distributed in the hands of very few individuals. In this case, distributed ledger tech (DLT) microbonds could help to lower the income inequality gap, by increasing the pie for normal citizens and further assist short term customers to work towards becoming giant long term investors.

When the costs are lowered and intermediaries eliminated, the city of Berkeley will be able to increase the suppleness in the targeting of lucrative projects. The city is also planning to democratize capital markets through integrating civic crowdfunding directly with blockchain-secured municipal bonds, and the public will be able to develop and invest in their own communities.

Berkeley is not the first city exploring the tech for various purposes. A wide range of US cities and states including Wyoming, Colorado, Riviera Beach, Utah, Ohio, California, etc., are busy delving into the potential of blockchain and cryptocurrency techs, as they wait for a proper regulatory framework that is friendly to all participants. The US wants to dominate in everything including blockchain.