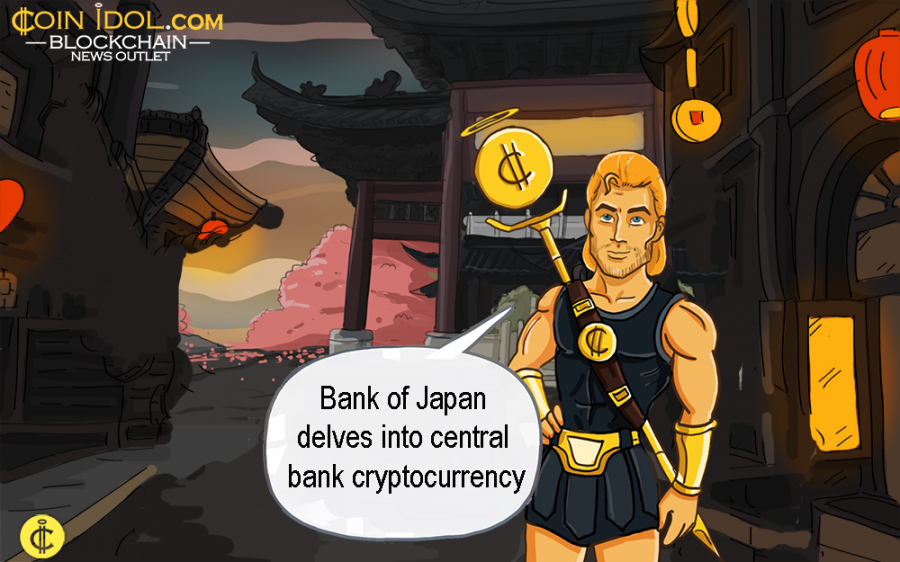 The Bank of Japan released a new report that examines the concept and role of digital currencies in the general monetary system.

The report, dubbed “Digital Innovation, Data Revolution and CBDC,” notes that CBDCs can be classified into two categories: one used by the common public instead of fiat money; and large-value settlements, that are based on the BoJ deposits and adopt modern technologies like blockchain.

“This paper will focus generally on CBDC in the former ((a)) class [CBDCs used by general public] and their relevant issues, unless otherwise noted,” the report states.

The report also looks into the impact of CBDCs on financial institution credit intermediation, monetary policy and liquidity crunches.

“The development of CBDCs will sway different aspects of financial structure and the economy, like banks’ fund intermediation and the transmission mechanism of monetary policy. The magnitude of impacts of CBDCs on them may depend on country-specific factors, different frictions and complicated intercourses of them and it is extremely difficult to make quantitative assessment on it at this stage,” report noted.

The report further highlights the continuing CBDC-focused actions underway in various countries such as China, Sweden and Uruguay.

In 2018, the head of the International Monetary Fund (IMF) came out to say that the institution must begin issuing cryptocurrencies. Last month, Bank of Thailand (BoT) managed to complete the first stage of a project aiming at domestic wholesale fund transfer applying comprehensive wholesale CBDC.

In October 2018, Masayoshi Amamiya, deputy governor at the central bank of Japan, expressed a negative opinion towards cryptocurrencies.

Japan is Friendly to New Innovations

Also, earlier in February, senior researchers at the Bank of Korea (BoK) conducted a study examining the effects of the CBDC issuance on financial stability.

The central bank of South Korea issued a powerful warning over CBDCs a week after revealing it would not launch one itself.

Back in 2016, Haruhiko Kuoda, the governor of the BoJ expressed the potential of blockchain in the current economic development, at the International Financial Forum, as reported by Coinidol.

Japan is also rethinking how best its regulations would reduce digital currency taxation in order to improve the far-flung adoption of blockchain and cryptocurrency in the community.