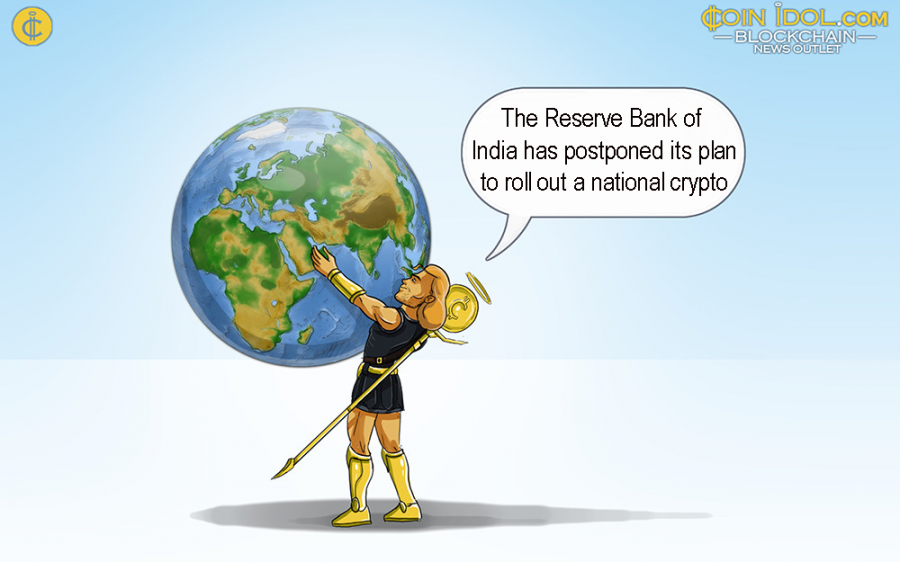 The Reserve Bank of India (RBI) has postponed its plan to roll out a national crypto, as reported by Business Line, a local news outlet on Tuesday, January 1, 2019.

In April 2018, the central bank of India developed the idea of issuing a national digital currency dubbed the Central Bank Digital Currency (CBDC). The annunciation came after it barricaded all financial institutions from engaging in any kind of business with cryptocurrency-related firms. The sudden crackdown was not anticipated and pushed several cryptoasset exchanges out of business in the country.

Despite the fact that RBI never denoted anything formally, the anonymous source of the news outlet revealed:

“The government doesn’t want the crypto anymore. It thinks it is too early to even think about crypto.”

The central bank had established an inter-departmental team to ascertain the potential advantages and feasibility of the crypto which submitted its findings in the month of June 2018. However, it never had a legal unit for tracking and creating policies on blockchain technology and cryptocurrency until September last year, a piece of info collected by Business Line by filling questions under Right to Info Act.

The crypto ecosystem in India is also sceptical about a national digital currency. The founder of Belfrics, a cryptocurrency exchange, Praveen Kumar, said:

“It is premature for RBI to roll out crypto-rupee, as more understanding of the cryptocurrency economy needs to be achieved. It is a right decision to hold-up the process and see how the publicly traded peer-to-peer (P2P) economy is shaping up.”

“Cryptos will be mainstream and omnipresent, and governments all over the globe will roll out fiat cryptos, whether out of compulsion or choice.” “Since governments have the power of taxation, and they can declare any crypto as legal tender for payment of taxes, they can have fiat tokens. But it will take time before central banks are able to make this transition because the economic effects of digital currency are sizeable and largely unknown.”

“The general public is informed not to make any kind of investment in cryptos like Bitcoin (BTC) because there is a real and heightened risk associated with them.”

Although a lot of central banks, among which include those from Thailand, China, Uruguay, Canada and Sweden, are regarding digital currencies, none has continued with it. Even the U.S Fed damped its plan about cryptocurrencies.

The industry centre should just wait for the actions of advanced countries like UAE and Singapore, that have major plans to change their currencies into distributed ledger technology (DLT)-based ones.

As Coinidol recently reported, India is planning cryptocurrency legalisation but under solid regulation as it also plans to lift the ban. The committee that is headed by Subhash Chandra Garg is evaluating the legalisation of the asset class. A consensus has been reached that crypto can’t be forgotten completely as illegal.