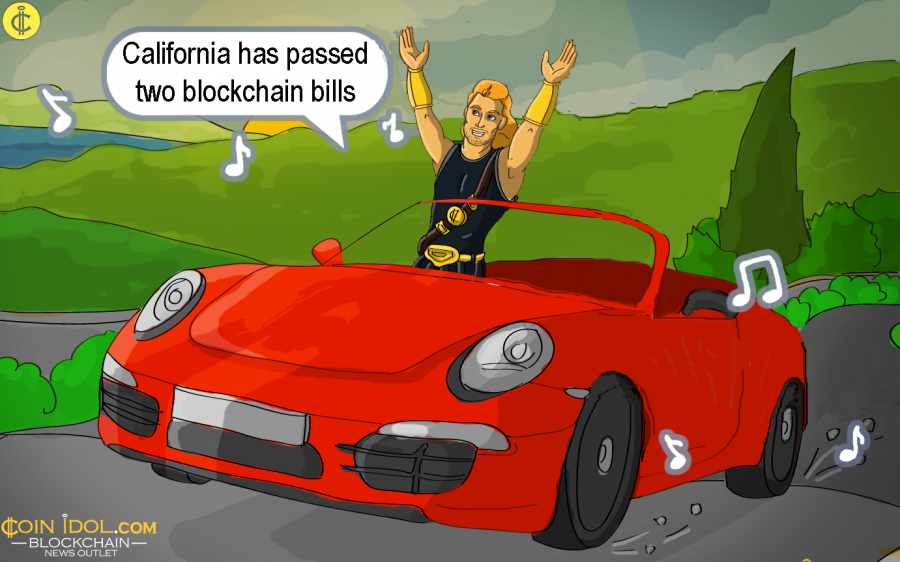 The state of California has passed two blockchain tech bills into law. These bills were tabled by various members of the state's legislative houses, and they broadly define blockchain technology, cryptos and also enable innovations that are backed by this great tech to possess legal standing.

California's pro-blockchain technology advocacy group, the Blockchain tech advocacy coalition played a significant role in the exercise through which the bills were ultimately signed into law.

The Progressive State of California

The state of California has long been well known for its liberal politics. While it at first delayed behind its pendants in the U.S about Blockchain, legislators are currently working tirelessly to remedy this.

The first of the two bills was officially tabled by Senator Robert Hertzberg. Representing the 18th District of California, Robert legally presented bill SB 838. This law gives a legal framework via which firms can use distributed ledger technology (DLT) to record stocks. The law defines blockchain tech and lays down the parameters through which the law supports using the tech to records issuance and all transfers of stocks.

The second bill ( AB 2658) is the brainchild and creation of Assemblymember, Ian Calderon. Ian is a representative of the 57th District and still serves as the Assembly majority leader. The bill properly defines DLT. Furthermore, the bill serves as an update of the Uniform Electronic Transactions Act to comprehend legislative support for contracts penned electronically and contradicts the requirement for written authorization.

Ian elaborates that the working team is necessitated by the changing nature of the tech and is key to best forming a conducive climate. He revealed:

“As a complex, emerging technology, it is important to define “blockchain technology” in the statute, as well as identify potential technical, regulatory, and governance hurdles, in order to provide greater certainty regarding the technology’s legal standing.”

While the two laws are setting a clearly pro-blockchain position, the first blockchain tech related suggestion in California took a determined opposing stance. The contentious AB-1326 bill was tabled by California State Senator Holly Mitchell in 2015, and aimed at putting restrictions on the actions of cryptocurrency startups, organizations and exchange platforms.

This bill needed participants to get licenses before transacting in Cryptos. This contentious bill was finally dropped because of a high outcry from pro-cryptocurrency individuals and advocacy parties equally.

“Throughout the legislative exercise, we had terrific feedback from innovators and firms that are already working with blockchain about how significant this measure is to their industry. I’m thankful that Governor Brown acknowledged the significance of maintaining California’s position as a world leader in technology and innovation by signing AB 2658.”

Stakeholders appreciate the usefulness of DLT, even for actions that appear unrelated, across the state. This motivates blockchain advocacy teams trying to support legislators in forming a conducive climate in which the establishment can operate to better profits and quality of life for the public.