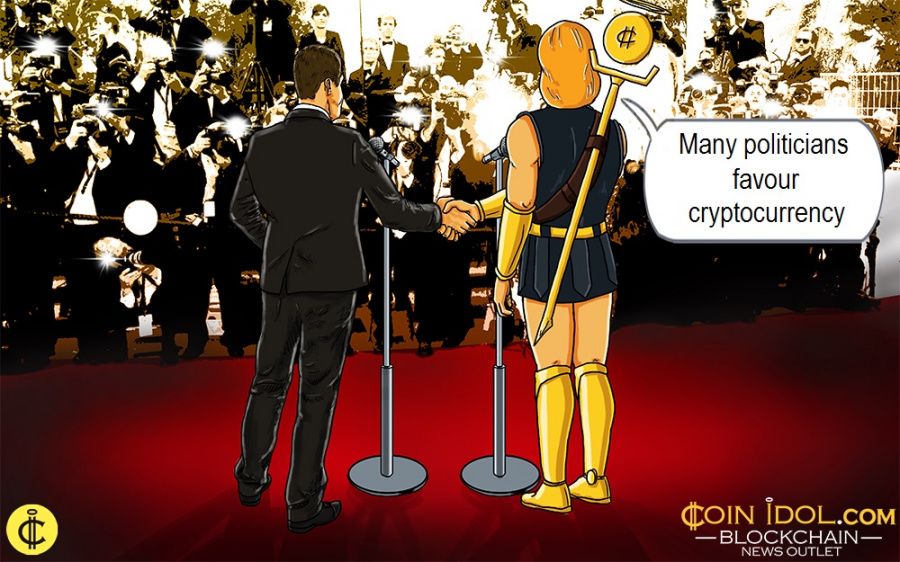 While many countries lack strong and clear legislation for the cryptocurrency industry, some politicians aren’t frightened of expressing their support for virtual assets.

It has been more than a decade since the first cryptocurrency came into existence, but most politicians still associate it with high risks, especially after Facebook revealed its plans to launch the Libra project. However, since the financial regulators and the general public are becoming more aware of the decentralized technologies, politicians tend to take a closer look at this nascent industry.

In 2018, H.E. Museveni advised Bank of Uganda (BoU) governor Prof. Emmanuel Tumusiime Mutebile to stop being "dogmatic" and start focusing on how to integrate blockchain and cryptocurrency in payment systems at the national level.

During the Kuala Lumpur Summit in 2019, President Rouhani and other top officials from Qatar, Turkey, Iran and Malaysia, called for strong  Muslim teamwork on cryptocurrency if they want to end the US hegemony. In May this year, H.E. Rouhani also instructed the financial regulator and legislators to quickly formulate a national cryptocurrency mining strategy.

President Maduro developed a state-owned cryptocurrency Petro and circulated it to the citizens for use. In April 2020, as per CoinIdol, a world blockchain news outlet, Maduro was trying to promote cryptocurrency by giving one free Petro to every medical worker who risks her or his life combating the spread of coronavirus disease. He also ordered citizens who are trying to process their passports and visa to always pay the fees using Petro.

Also, the former political director for the Ron Paul 2008 presidential campaign, Craig Berman, a Libertarian, is mining BTC as a side project beside politics, under his firm called Vortex Blockchain Technologies. Craig is a longtime enthusiast of BTC and claims he sturdily backs cryptocurrency over the fiat currency including the USD.

Andrew Yang, a US Democrat politician who wanted to represent his party in the 2020 presidential election is also bullish on BTC. Yang and his team were accepting cryptocurrencies such as Bitcoin and Ethereum in donations intended to raise funds to help him facilitate and run his campaign. In April 2019, Yang called for cryptoasset regulatory clarity to help businesses invest in blockchain-related innovations without being wary of regulatory shifts.

Support from the Inside

There are many other politicians who support a greater Bitcoin and blockchain adoption in the future. For instance, the US Congressman Jared Polis argued in March last year that the US dollar should be banned instead of outlawing the flagship cryptocurrency BTC. The congressman is actively working to wade the government’s potential efforts to slow down the growth of cryptocurrency.

Also, the Republican Andrew Hemingway who is running as a Governor in New Hampshire, supports DLT and cryptocurrency-related techs. He actually believes that DLT, the underlying tech behind Bitcoin, could be applied in voting IDs if a more transparent online voting for overseas valid voters is to be achieved.

George Galloway, a Mayoral candidate for London, plans to leverage DLT and use it to track Mayor of London’s expenditure in order to have unmatched transparency. This technology behind Bitcoin can help offer a high-tech backbone for true, 100% transparency.

How they change the current situation

The opinions and participation of these politicians could positively change a lot of things as the entire globe is ready for yet another high-tech innovation. But the biggest question still remains whether these politicians that are cryptocurrency enthusiastic will lobby the regulatory-friendly position if they are still engaged in politics.

Many of these politicians, especially the incumbents, have got the power and capacity to influence the amendment of the financial laws governing their respective countries so as to include, legalize and accept cryptocurrency to operate within their territories.

Those candidates aspiring to enter developmental politics to effectively serve their people, will bring in new ideas about this promising sector. Some of the ideas could be how best can these cryptocurrencies be regulated, how can these digital currencies be used without weakening fiat currencies, how best can illegal activities related to cryptoassets be combated, etc.

When a levelled ground has been finally built for the blockchain businesses in many countries across the globe, cryptoasset firms and adopters will be using the available legal framework to trade (buy and sell) digital currencies. This would mean that the market and the adoption range of blockchain and other decentralized technologies such as smart contracts will increase and the cryptocurrency industry will also see significant growth in the near future.