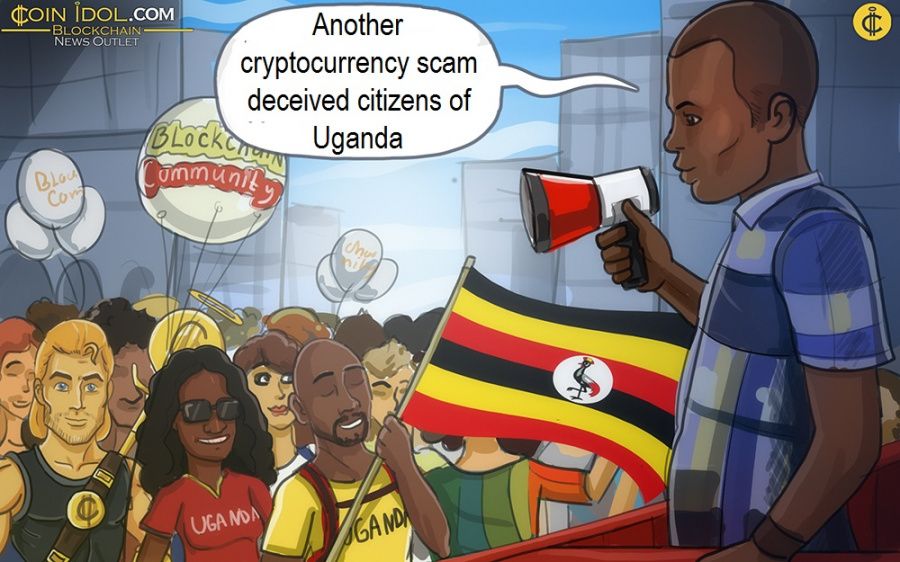 A large number of Ugandan nationals were left crying helplessly after being promised well-paying jobs at a fake cryptocurrency company which abruptly went into rigor mortis with citizens losing over 10 billion Ugandan Shillings (UGX) (approx. $2,715,100).

According to a report by Daily Monitor, local news outlook, a massive number of investors in Masaka District located in the central region were scammed to invest their money and get 40% returns in cryptocurrencies on their cash investments plus getting employment opportunities later. Each investor was required to open an account with 20,000/= UGX (about $5) cash deposit.

Be Aware of Thieves and Scammers

Reports from the country reveal that the startup known as Dunamiscoins Resources Limited started its operations in Masaka Town in November and invited people to make investments such that they can be part of their big cryptocurrency network. At first the firm recruited over 50 locals as cashiers, accountants, office assistants, marketing executives and managers.

Nonetheless, no more than 30 days of full operation after their inception, their offices were found closed down. The company had various branches in the country, including one located in the Kikubo marketplace, Kampala City. After the owners of the startup ascertained that they have accumulated abnormal profits, they decided to close down illegally without even notifying their customers.

Uganda Police and other financial authorities are seriously hunting down the owners of the startup that scammed the citizens, and the investors have been advised to report the case in the responsible agencies for help. All the phones of the company in question are still off and other known communication platforms including their website, emails, can’t be accessed and are unreachable at this time.

President Museveni is Friendly to Cryptocurrency

Previously, during the first Africa Blockchain and cryptocurrency summit 2018 that took place in Kampala, the Governor of the Bank of Uganda (BoU), Prof. Emmanuel Tumusiime Mutebile, came out loudly and discouraged Ugandans from associating with cryptocurrencies and said that the central bank has a plan to ban all these digital currencies.

The BoU even issued a warning to tell the public that they should be aware of the risks involved with Bitcoin and other cryptocurrencies. However, President of Uganda Yoweri Kaguta Museveni advised the Governor to reconsider his decision on digital currencies and be flexible on this matter and further said that the governor should be more inquisitive and not be dogmatic.

Additionally, the Minister of Defense and Security, Elly Tumwine complained about cryptocurrencies claiming that they are being used to facilitate illicit activities including funding a rebel group called the Red Movement alleged to be led by the People Power leader Robert Kyagulanyi also known as Bobi Wine, funding LGBT groups, drug trading. However, the minister was later corrected by Tukashaba Shafan, a cryptocurrency and blockchain expert, and stopped his plans of banning the political party members from putting on their red berets.

Some of the victims have said that the most perturbing thing is actually not losing their money but being promised abnormal returns and empty employment opportunities.