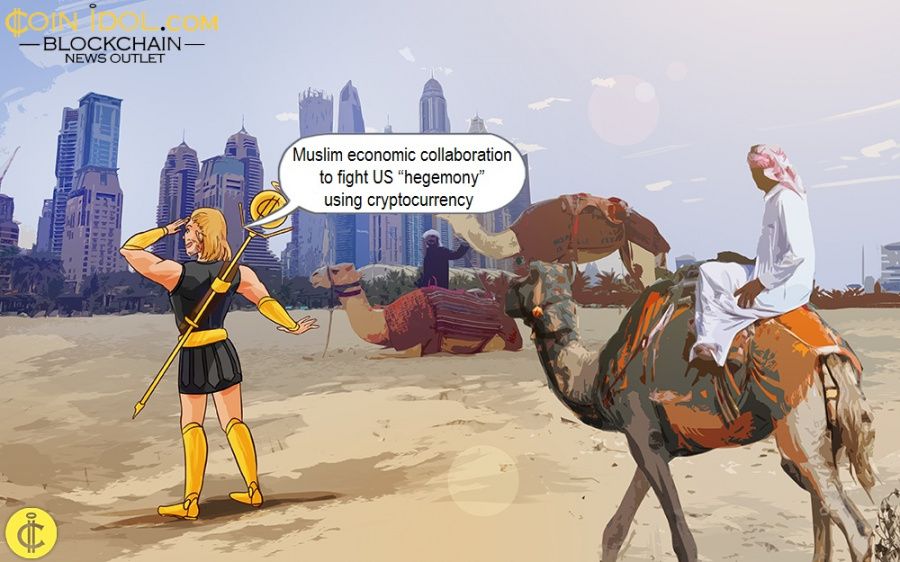 The President of Iran, Hassan Rouhani, advised Muslim countries to embrace financial and economic cooperation to battle the “U.S. hegemony” and he used this platform to criticize sanctions imposed on his nation by America.

He recommended the development of a stablecoin cryptocurrency for Muslim states, as a best option to the dominant U.S. dollar. He spoke at the Kuala Lumpur Summit held in Malaysia on Thurs. Dec 19 along with leaders from Iran, Qatar, Malaysia, Indonesia, Turkey, and Qatar.

As per the report from the Associated Press, H.E Rouhani said that US economic sanctions are being employed to weaken his state since they are used as the “main tools for domineering hegemony and bullying” of other independent states.

According to President Hassan, the US is trying to paralyze the growth and development of Iran by putting “heaviest trade sanctions” on it. Earlier this year, the government of Iran made cryptocurrency mining legal, as per the report by Mehr News, a local media outlet. The authorities even lowered the costs of electricity to attract more miners, as we reported.

To stop this kind of situation from continuing to his country and other Muslim states, the president wished-for financial teamwork between Muslim countries and other affected nations, and one of the solutions is to trade using their own local currencies (and leave out the USD) and also design a Muslim blockchain-based digital currency.

At the inauguration of the summit, H.E Hassan revealed that Muslims should be developing outstanding solutions to protect and liberate themselves from the protracted control of the USD as well as the U.S. fiscal regime.

In the same thinking, H.E Tayyip Erdogan, the President of Turkey, proposed that Muslim nations should also consider the idea of Islamic financing and further proposed the formation of a robust and competent team to monitor it. The Prime Minister of Malaysia was convinced with Rouhani’s suggestion on cryptocurrency, and he said in his speech that he has heard for his first time from a Muslim leader to suggest digital currency as a solution to economic sanctions.

There was also news saying that Iran had created its own state-backed cryptocurrency called “IranCoin” to circumvent the U.S. trade sanctions. So the President’s recommendation does not come as a surprise to many, especially those that have been following what is happening in the field of blockchain and cryptocurrency.