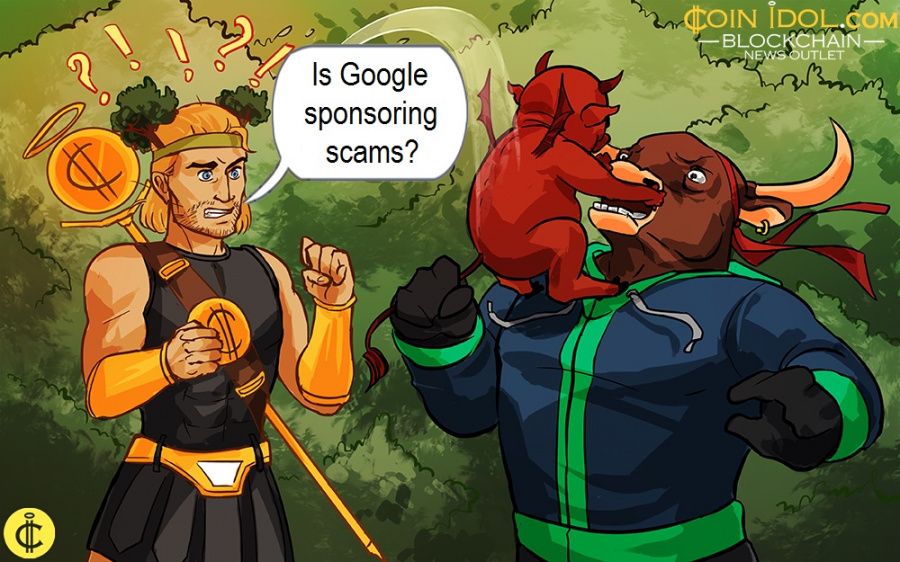 On April 30, GoogleAds were exposed in sponsoring phishing ads for scam alternatives to crypto exchange CoinCorner. Meanwhile, the company itself failed to secure its spot with the search engine’s promoted ads. Therefore, this puts into question the entire attitude of big tech towards cryptocurrency.

Google was spotted promoting a scam version instead of CoinCorner, which is a legitimate exchange. The platform has been on the marketplace since 2014, and repeatedly appealed to Google for advertising, but that did not yield any effect. Recently, the team of CoinCorner noticed the appearance of GoogleAds service in its search results – but with a made-up name of CoinCornerr.

Details of the matter

Molly Spiers, a marketing manager of CoinCorner, gave a snapshot of the situation in her tweet.

CoinCornerr, a phishing alternative of the real company, appeared in search results driven by GoogleAds instead of its actual prototype. According to Spiers, the attempts of real CoinCorner to secure a spot in Google’s online advertising platform brought no result throughout years, even though there was enough evidence to prove the company is “legit”. Meanwhile, Google showed more willingness towards promoting a scam in its ads instead of a legitimate business.

On the one hand, such an attitude is no surprise, as Google made a resolution to raise protective measures against crypto ads a long time ago, as coinidol.com, a world blockchain news outlet, has reported. However, this move was not entirely voluntary but rather urged by law enforcement agencies. US and Canadian authorities practically forced the giant to react during the number of scam projects. Later, the giant made a decision to uplift the ban, while still being at the state of war with cryptocurrency and its applications.

The giant claimed they had to take such measures under increasing pressure from scam-related ads and a multitude of crypto attacks accompanying COVID-19. Indeed, the number of scams have increased sharply, while some of them even involve fake endorsements from celebrities to look more reliable. However, as they position themselves as scam and fraud fighters, it is unclear how they allowed advertising for a scam project. Considering the situation, their position seems highly ambiguous.

Other media giants started following the lead too, and for a reason. This a prolongation of a trend started in the past, when Bing, a second-largest search engine after Google, undertook similar restrictive measures.