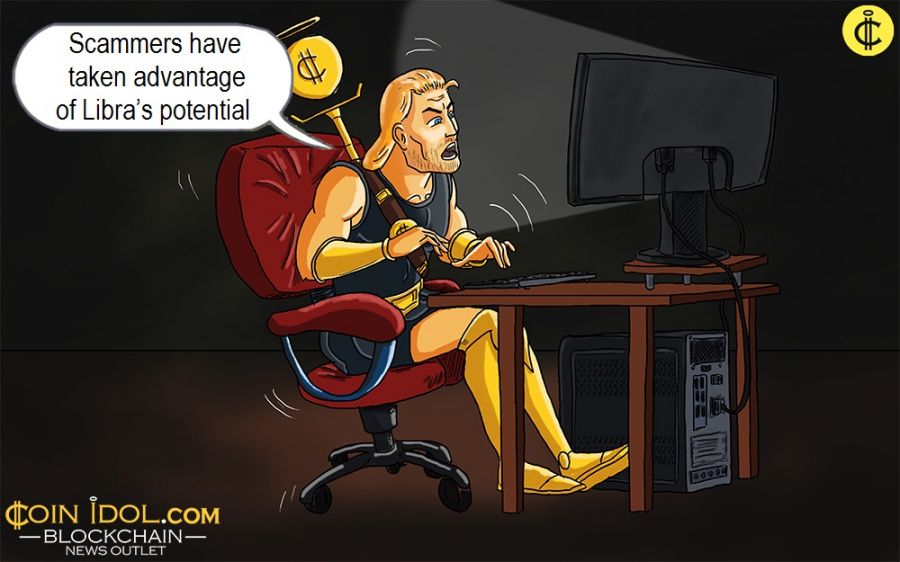 Scammers and fraudsters have taken advantage of the potential of the token and rolled out a phony initial coin offering (ICO) for Libra via microblogging and social networking service Twitter.

When the American online social networking services provider Facebook announced the launch of its own cryptocurrency called Libra, the news caught the attention of most governments and financial regulators across the world – some regulatory agencies have even come out to react on this awaited project that is seen by many as a threat to cash as well as Bitcoin.

The most recent rip-off to hit Facebook has been working undercover to release a cryptocurrency with a totally fake ICO for the coin which is expected to be officially launched in the first quarter (Q1) of this year - Libra. Though the token is slated for a 2020 roll out, there is countless regulatory uncertainty over the Libra’s legal standing. The moment Facebook declared the cryptocurrency, scams related to the coin began developing on the various social media platforms and internet as well.

Now, genius online scammers executed the operation on social media platform Twitter, that caught Facebook and many people unawares. They managed to develop a forged Twitter account @CoinLibraToken – this account had more than 12,000 active followers and it is also said that around 40% of these users were fake - and started providing the cryptocurrency to several individuals (not yet known in number) through a fabricated ICO.

The team behind the scam composed a message that read, “Day 1 of ICO Ends in not more than 2 Hours (180 minutes)

And further provided an Ethereum wallet address (0xF79Bafc0739dB4f3e49A3F47a7B807b13C662784) where individuals could transfer / send the funds to, and other information for users to follow.

The wallet address had only incoming transactions which were in tiny figures, and some of the promotional content that was posted on the account contained a lot of errors and typos and this nakedly exposed the project/scam further that it was not being operated by Facebook.