Google Was Asked to Ban Ads on Cryptocurrencies 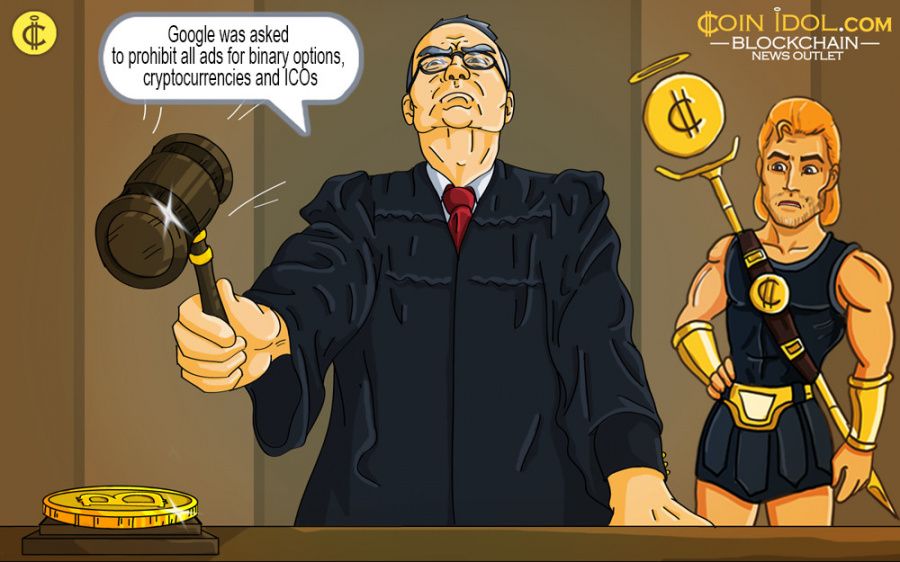 Google was asked to prohibit all ads for binary options, cryptocurrencies and initial coin offerings by Canadian and US law enforcement. As Facebook announced their banning of all advertisements concerning crypto trading last week, Google is expected to follow Facebook’s example.

“We’re very pleased with Facebook’s decision. My hope is that Google will enact a similar policy, where they specifically name products like binary options, ICOs and cryptocurrencies,” Jason Roy, a senior investigator at the Manitoba Securities Commission and chairman of Canada’s Binary Options Task Force, told The Times of Israel.

On January 30, Facebook claimed that it was banning all ads for binary options, cryptocurrencies and initial coin offerings. For long months the FBI and Canadian securities regulators, who have been investigating online investment fraud, had been trying to convince the global social network company to do this. They explained that the advertising helped defrauders find victims for their scams.

Although Google, which according to industry insiders generates much of the paid traffic for fraudulent binary options, cryptocurrency and ICO companies at the financial market, has yet to make its decision.

How Can One Spot the Fraud?

“There’s just been an explosion of different ICOs and new tokens and crazy offerings. You’re seeing ICOs that are raising large amounts of money and there’s nothing behind them in certain cases, but members of the public are so hyped they’re throwing money at them,” said Jason Roy.

According to Roy, one can differentiate the legitimate cryptocurrency trading companies from the illegitimate ones by looking at its activity, whether it can be registered or not. Besides, it is necessary to see if they were violating clients rules because any legitimate firm that’s going to be offering a type of investment should be following the rules in whatever jurisdiction they’re offering those securities in.

How Do Fraudsters Work with Google AdWords?

Binary options companies specialized in fintech are able to bid more than $100 per click willingly to get the advertising spot at the top of a page of Google search results.

“Usually a legitimate company that advertises on Google will pay 50 cents a click, or maybe a dollar or two because they’re just trying to get normal people to come in. But you’re bidding against your competitors. If your competitor started bidding $20, they would show up above you. If you wanted to show up above them, you would have to bid $21,” informed a former PPC (pay-per-click) expert for the online gambling industry who worked briefly in binary options.

This functions profitably for binary options firms because they carefully track customer behavior with the help of financial technology knowledge and know exactly what percentage of people who click on a Google ad will deposit money.