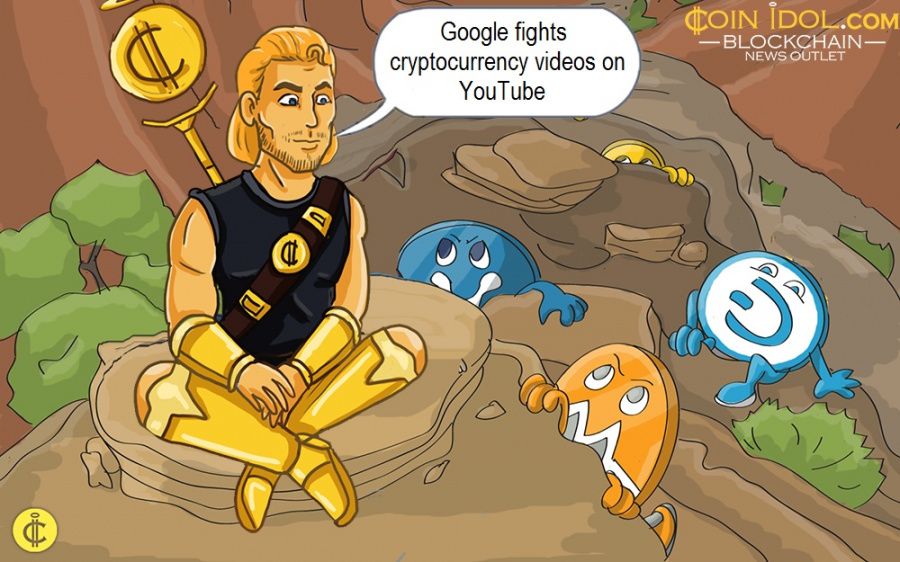 The relationship between cryptocurrency and Google seems to be in a worse and confusing situation. For a long time YouTube has been quite on Bitcoin and other digital currencies, but now, it has waged a war again some of the blockchain, distributed ledger technology (DLT) and digital asset content creators, especially those who violate or breach community rules.

Previously, Google LLC, the world’s leading internet-related services and product tech firm, put a ban on digital currencies ads including Bitcoin (BTC), and knocked the price of BTC, before making a decision on whether to give them a second chance in September 2018 following more than 90-days being blocked.

Today, the technology giant has given a Christmas gift to hundreds and thousands of Bitcoin and virtual currency videos content by removing them from its subsidiary video-sharing site YouTube in an operation dubbed a “crypto-purge” and this action has exposed and left numerous BTC video-makers crying for help.

So far, the crypto-purge looks as if it is only targeting the small fish, leaving the whales to swim freely. For instance, it has not tampered with blockchain, bitcoin and digital currency videos that were produced by giant news outlets such as CoinTelegraph and CNBC. However, some channels including that managed by Chris Dunn (with more than 210k active subscribers) have not escaped this deadly hunt.

The action by YouTube has brought a serious debate among the cryptocurrency community, and some advocates are suggesting to develop effective blockchain-based decentralized platforms where they can find the information related to this nascent industry – than being disturbed by YouTube and Facebook now and then. It is remembered that Facebook and Twitter also previously banned ads promoting Bitcoin from appearing on its site, claiming it is combating scammers. Surprisingly enough, a few months after the incident, Facebook announced that it is considering to launch its own cryptocurrency dubbed Libra in the first quarter (Q1) of 2020.

The operation by Google to remove unfit BTC videos is growing and spreading like wildfire and will more likely affect many people (both the content creators and the viewers – and may be the investors, market prices, etc.). However, some advocates – including Ran NeuNer, Changpeng Zhao, Mati Greenspan) in the industry are promising to seek for justice, and will prompt to challenge the move made by YouTube. Some have gone ahead to boycott the video-sharing platform because of this crypto-purge thing.