Football Is Becoming Digital, Who's Next to Embrace Blockchain? 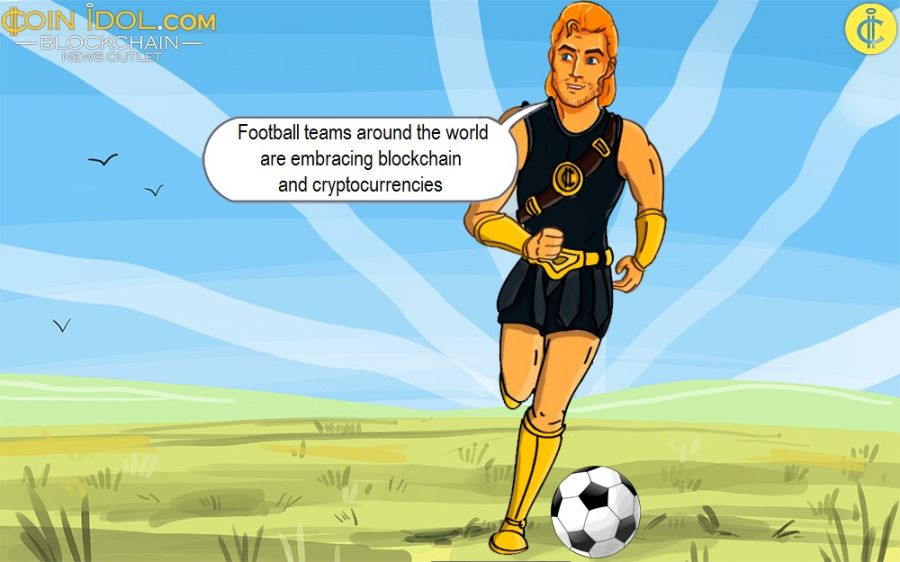 Most football teams around the world are embracing blockchain and cryptocurrencies. Now, one of the Turkish teams is planning to release its token in Q1 2020. Sports, especially football, are becoming digital, who's next to embrace the blockchain technology?

The first team to discover and explore the benefits was Italian Serie A giant Juventus. As coinidol.com, world blockchain news outlet, has previously reported, the team recently used a fan token to conduct a poll for the new goal celebration at their home stadium. The poll was done on a blockchain-based polling platform.

It is becoming increasingly common for football teams to be interested in cryptocurrency to give a blockchain solution to their supporters. Other clubs also apply blockchain and tokens in one way or another.

Gibraltar's semi-professional football team was planning to pay salaries in cryptocurrency, which would make them the first sports club ever to do that. Other teams, including Miami Dolphins, Liverpool FC, Benfica and others accept cryptocurrency payments. Thus, their supporters are able to pay for tickets and team’s merch using digital coins.

ACF Fiorentina has set up a partnership with a blockchain startup which would allow to certify the uniform worn by players using distributed ledger technology. They used this kind of certification for the first time during a match against FC Internazionale and AS Roma. Their uniforms had tiny chips with unique code registered on the blockchain.

The most recent player that jumped into the industry train is the Turkish Galatasaray football team. They have followed Juventus lead and decided to launch their own GAL token.

The fans of the club in question across the globe, will participate in voting for their favorite song that will be played as their official anthem in Galatasaray's Türk Telekom Stadium.

The fans will only be allowed to participate in voting by using the coin and will pick only one (the winner song) among the 5 options as their favorite anthem. Here are five song alternatives for voting: Re Re Re Ra Ra Ra; You're my childhood love; You Deserve Trophies; It's an honor to love you; and Galatasaray champion.

Through innovative technologies such as cryptocurrency, fans will be in position to earn prize points in every voting they chip in. And in future, these points can enable them to have exceptional goods made for the team, along with the right to experience unique and special experiences, like being allowed to watch matches from the VIP section later, and to rub shoulders with team players of their choice and legendary names.

The good thing with these polls is that they are all conducted and recorded on blockchain and distributed ledger technology hence the process is safe, fast and transparent. Therefore, sports cohorts can chip in the polls by voting with peace of mind and the results will always be transparent, thanks to blockchain.