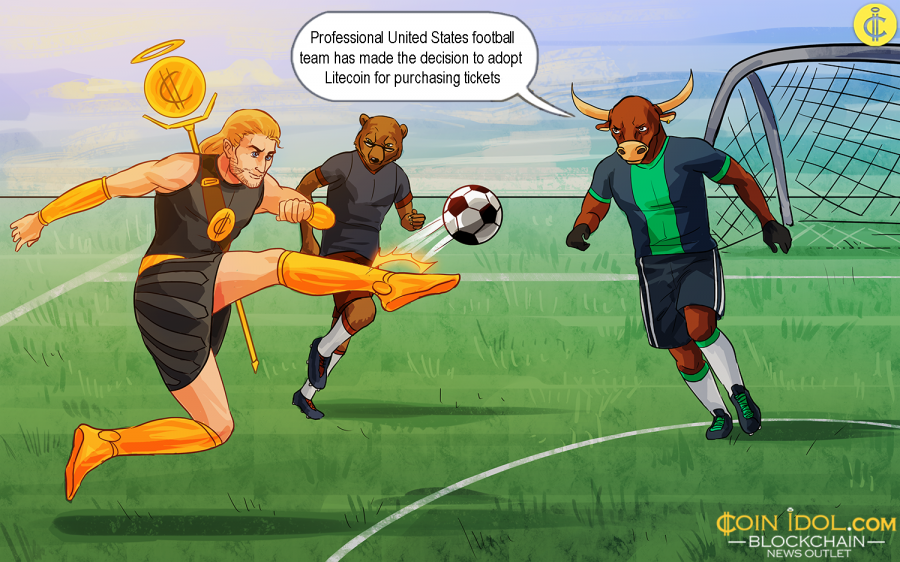 There are momentous efforts to incorporate the Litecoin variety in various fields including in-game branding, incorporation athwart the club’s different online stuffs and digital content, plus promotion openings at Hard Rock Stadium. The world’s fourth virtual asset by market cap Litecoin (LTC) is currently trading in green at $105 (3.48%) with a market cap of $6.59 billion, according to coinmarketcap data.

Buy Tickets with LTC and BTC

The club, fans and supporters will benefit from this initiative since they will be in a position to use the easiest method – cryptocurrencies - for purchasing 50/50 raffle tickets. The football team has permitted Litecoin and Aliant payments services to allow attendees buy tickets using Litecoin (LTC) or the world’s leading digital asset Bitcoin (BTC).

Half of this will have to go to the Miami Dolphins Foundation plus its other benevolent causes. Furthermore, Raffle members and participants are also allowed to be purchase tickets via an effective, secure and quick online system using virtual currencies. Participants can also access tickets at kiosks and merchants located in Hard Rock Stadium.

Through sports, the population will easily and quickly get to know about the advantages of using bitcoin and other altcoins. No doubt, a lot of people in the world either participate in or follow sports in one way or another, so if a good information related to cryptocurrency is promoted to the public through sports, we shall see a significant growth and adoption of digital currencies globally.

Litecoin will go on to promote its adoption in different areas including sports, businesses, etc. so fans or customers can increasingly pay for goods and services using cryptocurrency - #PayWithLitecoin.

Not once not twice, Litecoin has been seen providing its services in games and sports. For instance, in December 2018, Founder of Litecoin Charlie Lee, revealed that the altcoin will act as the official digital currency of UFC 232.

Several sports teams have been showing interest in cryptocurrencies for a while. Last month, Benfica Football Club in Portuguese Primeira Liga announced accepting payments in BTC and ETH. A semi-professional team in Gibraltar also considered using cryptocurrency to pay salary. Earlier, Juventus announced intentions to issue their own token to become closer to their fans. The involvement of these giant sports clubs could be one of the reasons why the price of Bitcoin and other major altcoins recovered significantly.