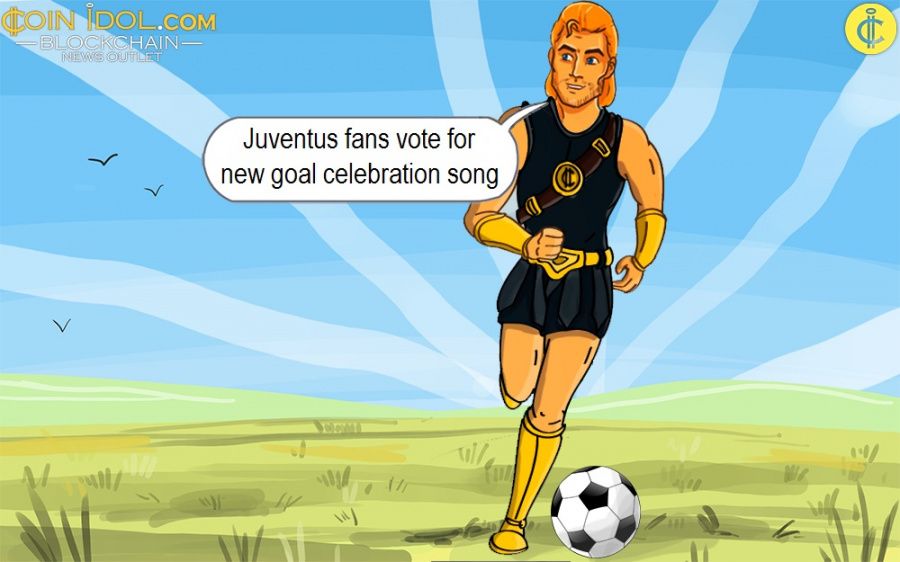 Fans of Juventus, an Italian professional football club, have voted for their favorite new goal celebration song at their home arena.

The voting was effectively conducted on a blockchain-based and a tokenized fan-polling platform for games and sports called Socios.com, and the fans used this opportunity to select the song of their choice that will always be played boost their happiness when their adored players like Cristiano Ronaldo score goals at their home sports ground, Allianz Stadium.

According to the blog report published on Monday January 6, 2020, the poll marked the first-ever voting carried out on the platform, and it was also the first time for fans to use the club’s official branded coin $JUV Fan Tokens. Last month (December), the poll was publicly initiated to allow Juventus fans from all parts of the world to engage in the programs of the club. The process was successful, and the fans have finally managed to vote for Song 2 by Blur (with 33.7%) as their favorite new song that will be played at Allianz Stadium to celebrate for every goal being scored.

Bringing Fans Closer to the Clubs’ Decision Making via Blockchain

According to the blog, there was real and active inclusion of the poll participants, and a massive number of fans globally participated in this blockchain enabled electronic vote using the club’s fan utility tokens.

Blockchain technologies, in this case, are used to create a limited number of “Fan Tokens” that are fungible coins which provide sports supporters globally, and also, to offer fairness, fast as well as transparency of the poll. Following a successful debut, similar polls will be conducted soon on other major clubs including PSG, West Ham United, AS Roma and Galatasaray S.K. furthermore, esports teams are also expected to test the sweetness of blockchain and cryptocurrency voting alternative.

As coinidol.com, world blockchain news outlet, reported earlier, the JUV Fan Token was officially launched on December 2, last year, and before that, it had undergone a proper metamorphosis of around 12 months. At its initial time of release, each token was valued at almost $2.22. Other sports team will also want to jump onto the bandwagon of creating a direct link between fans and clubs while using disruptive tools including distributed ledger technology and cryptocurrency.