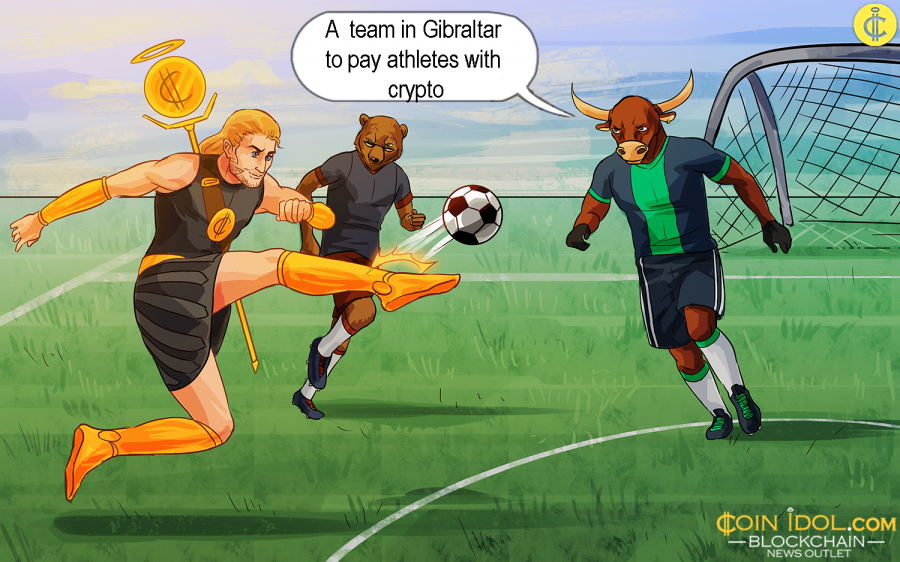 A semi-professional team in Gibraltar, an overseas territory of the United Kingdom at the southern end of Iberia, will become the world's first ever team to pay their athletes in part with crypto in the 2018/2019 season in a move proclaimed by the Pablo Dana, the club's owner and a great investor in crypto Quantocoin.

The Gibraltar Premier Division may appear as a strange entry point to the idea of crypto mixing with sports, but the region's finance industry is among the global leaders for technological integration and the blockchain, the permanent record of digital crypto transactions. An agreement by the club with Gibraltar United football players has been reached to be paid in part by Crypto next season.

Owner Pablo reveals that the team adopting this payment method could prompt others to do so which he believes, could help eradicate financial corruption in the sport. He further showed that it has provided his club with the capacity to pay foreign athletes that are not able to smoothly create a bank account in the UK territory of Gibraltar.

“It was the first [place that] regulated betting companies 20 years back, when everyone was seeing them as horrible,” Pablo said. “They put compliance and anti-money laundering regulations and created a platform – they have the intelligence to do the same with cryptocurrencies.”

Conceptionally, transfers conducted through blockchain would be tax-free and all other money levy associated with other methods of payment. This will also stop illicit payments to clubs, individuals and other agents.

In recent months, the digital currency has been on every crypto maniac's lips, owing to the Bitcoin blast which saw the crypto value significantly increase in a very short period. Various great football players like Lionel Messi, Luis Figo and Michael Owen have officially partnered with many blockchain firms.

Early this year, a Turkish side become the world’s first to accomplish a major transfer using only crypto. Harunustaspor paid a minimal fee for the athlete they bought, showing to the majority of people that the method would efficiently work in a bulk-money and bigger-stakes football.