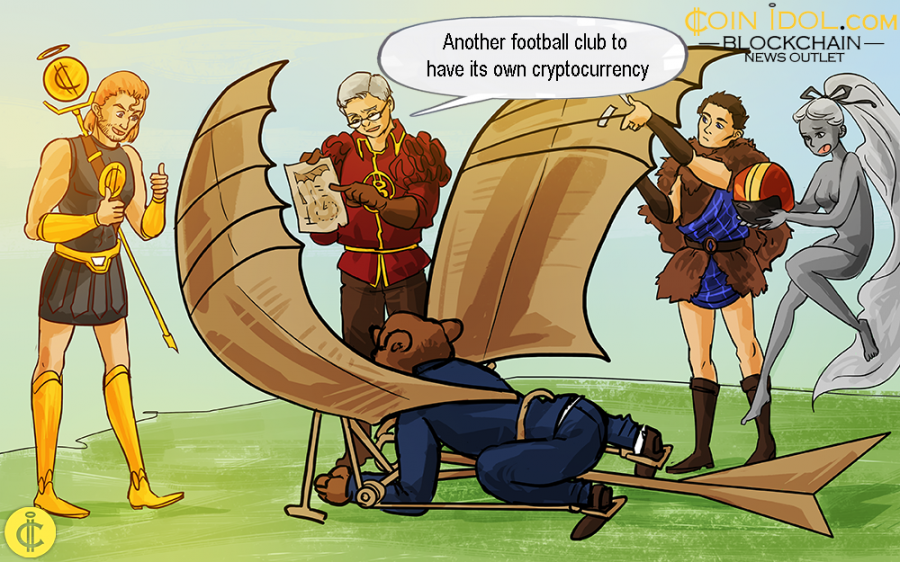 Since last year, we have seen a lot of sports companies including Juventus, the Miami Dolphins, Gibraltar’s semi-professional team, and others, jump onto the bandwagon of Blockchain and cryptocurrency.

Now, another big partnership between Socios.com, a voting platform which links fans to their favorite sports clubs and Associazione Sportiva Roma (AS Roma), a professional football club located in Rome, the capital city of Italy, has been made that will enable the two to freely participate in this nascent lucrative industry.

They are working toward developing a blockchain-based cryptocurrency before this year ends. The supporters will be using this token to participate in the voting for the decisions of the club and further access high-class merchandise.

Cryptocurrency to Bring People Closer to their Favorite Teams

AS Roma has over 350 million supporters across the globe. When this token is finally launched, fans will have to buy the AS Roma Fan Tokens and use them to take part in voting for or against the club’s decision, and further increase on the regular engagement of the fans. The club wants to bring closer its international fans to participate in all subjects that require voting, without necessarily coming to Rome but rather from anyplace in any continent.

Fans will be voting using this distributed ledger technology (DLT)-based coin for some vital decisions such as the best name of the club’s facility, warm-up events at the Stadio Olimpico, which football player to have a live Q&A, etc.