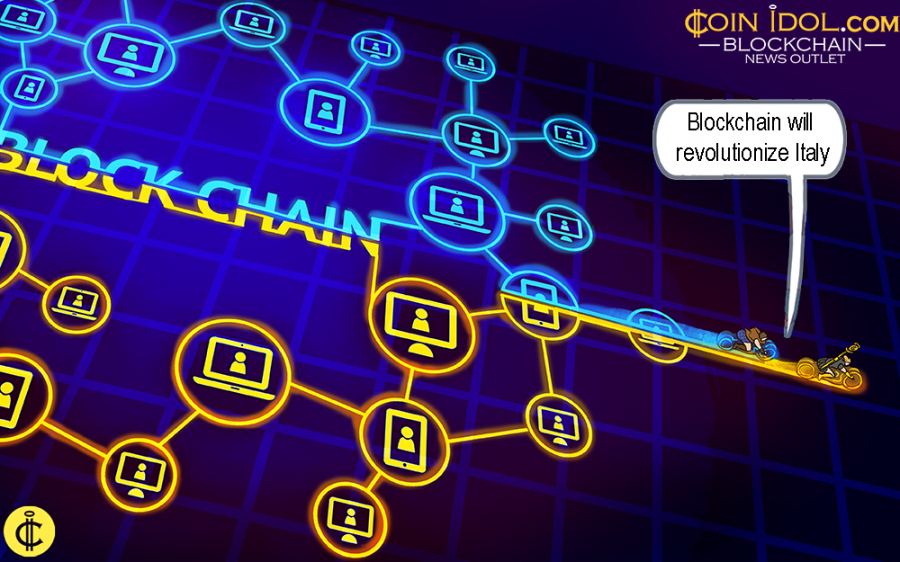 Blockchain, cryptocurrency and distributed ledger technology (DLT) represents a technological revolution, but the utility of this innovation is not yet known by many people. It will change the future of Italian companies.

Blockchain is a digital tech which chains cryptographic, network, data management and inducement systems in backing the control, execution and registration of transactions between participants involved in the system.

Where a contract, an authorization, or certification is required, it is easy to replace the existing processes - where a third intermediary participates - in verifying the authenticity of transactions in the network.

Blockchain is the technology behind Bitcoin and other cryptocurrencies, it will be implemented by many new startups, banks and other companies in Italy in making transactions faster, secure and easy.

However, the technology has the potential to support these transactions without involving intermediaries and other third parties. There is no need of using intermediaries to carry out a transaction, now the trust exists in the majority of the nodes which manage distributed register which creates the network where transactions happen. Since this initiative represents a standard paradigm shift, Italy is making an effective national strategy on blockchain and some other innovative technologies.

Where is Blockchain Technology Applied in Italy?

Besides being used in the financial sector, blockchain technology is being in various sectors including public administration ( PA) to increase the working efficiency of chief financial officers, insurance, agrifood, tourism & culture, energy, art, sports ( Juventus aims to create its own crypto in order to connect easily with its fans), politics especially when it comes to elections ( e-voting), transport and logistics, and others. So all the companies supporting or participating in these sectors will benefit from this revolutionary technology in one way or another.

The government is also using the DL Simplification to use distributed ledger technology for the Made in Italy project. It seeks to provide instant activation of public-private work groups especially those on the vertical business channels, identifying the sectors where the technology can help in lowering the time of transaction intermediations.

Generally, the Italian government wants to revive the economy and speed up the rate of transaction processes, involved in contracts, authorizations, certificates, and others, and make this industry to be competitive at a national level just like any other businesses.