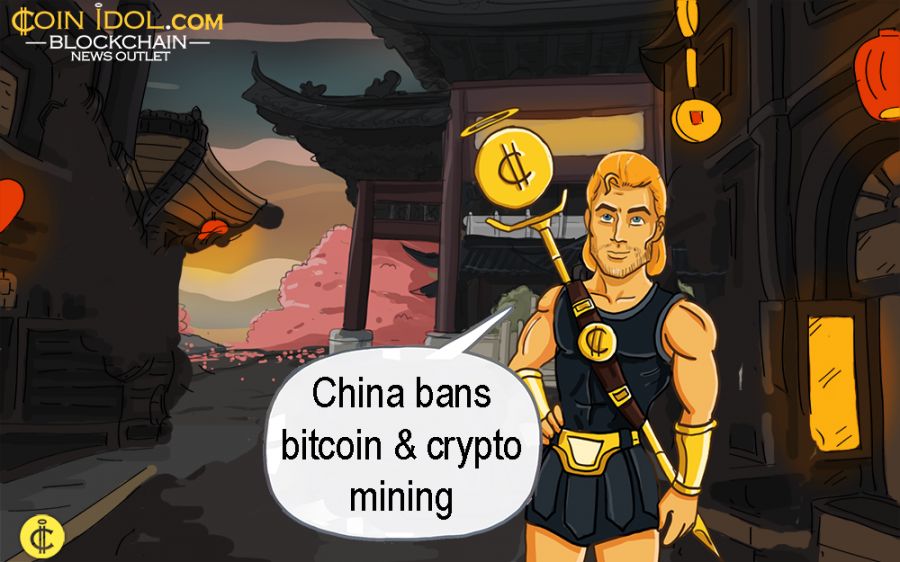 The People’s Republic of China, the world’s largest market for computer hardware created to mine Bitcoin (BTC), has totally banned crypto mining in the country in order to stop the growing pressure on government from the cryptocurrency industry. No time limit for the ban has been set.

The National Dept. and Reform Commission of China (NDRC) – a body responsible for overseeing the country’s economy – revealed in a document on Monday that it wants cryptocurrency mining stopped with immediate effect since the activity “seriously wastes resources.”

China had for long been known as a haven for crypto miners and giant set-ups, not until it prohibited initial coin offerings (ICOs). Since then, the crypto situation has been continuously deteriorating.

This move comes a few weeks after the country decided to only tolerate high-capital investors who possess more than $1 million taking part in Security Token Offerings (STOs), a verdict which was insulated with stringent rules on fundraising through digital currencies.

Among of the major effect on the environment is that bitcoin mining consumes too much electricity and poses heavy risks to ozone layer that could in turn result to global warming. Scientists across the globe have been looking for other environmental-friendly sources of power including solar energy, that could be used during the mining activity of crypto.

As matter of fact, China is not the only country talking about the issue of electricity in crypto mining, other countries and bodies have been also very much concerned with this matter. For instance, Iran has tried to lower the cost of power so as it can attract more foreign Bitcoin investors into the country; Norway was seen removing electricity tax subsidy for bitcoin miners to regulate the mining activity; province of Quebec in Canada gave cheap electricity as an incentive to its bitcoin miners to earn revenue and create more opportunities to its people;  BTC miners in Venezuela were seen stealing electricity back in 2017 to dodge heavy costs of power; even in the U.S, Franklin Public utility District ( FUD) halted electricity supply to all bitcoin miners – an attempt of assessing the effect of BTC mining operations on the electricity system; the scenarios are endless.

According to the Securities Times, a state-owned newspaper, noted on April 9, that the draft list noticeably mirrors the outlook of the China’s industrial policy concerning the crypto sector.

“The NDRC’s move is in line overall with China’s desire to control different layers of the rapidly growing crypto industry, and does not yet signal a major shift in policy […] I believe China simply wants to ‘reboot’ the crypto industry into one that they have oversight on, the same approach they took with the Internet.”

China is Pro-Blockchain but Anti-Crypto

Two of the giant Bitcoin mining equipment manufacturers, Bitmain and Canaan, were primarily proposing to go public and collect billions of dollars of funds in Hong Kong, but the firms have suddenly let their initial public offerings stagnate since their proclamations. The Chinese government has been inspecting and examining these two firms’ business models.

Recently, however, China came out to say that it supports blockchain technology 100% but not cryptocurrencies including Bitcoin, Ethereum, Ripple and others.

Meanwhile, the flagship crypto Bitcoin has decided to give a deaf ear to what is happening in China, since its price is skyrocketing with a terrible momentum. The coin is now trading at $5,252 (1.01% 24h) with a market cap of over $92.65, according to the CMC data. The market is now eagerly waiting for the next bull run to happen.