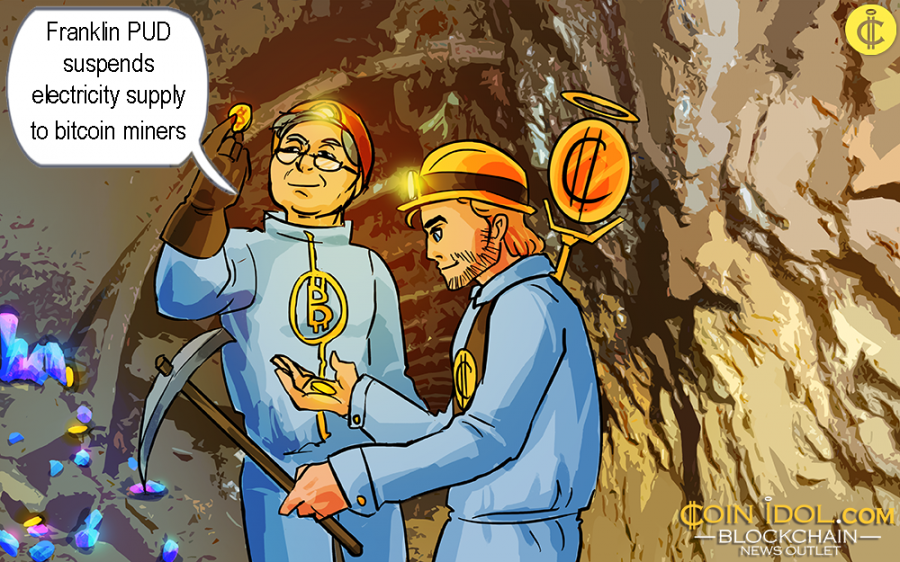 On July 29 last month, the Franklin Public Utility District (PUD), local Hydro Electricity Power (H.E.P) providers in the landly areas of Franklin County, Washington, U.S, proclaimed that they will temporarily halt the supply of power to Bitcoin miners within the city until formal communication is made. This has been done to assess the effect of Bitcoin mining activities on the power system.

PUD has officially suspended allowing applications for electricity use from Bitcoin miners in Kahlotus, Connell, Pasco, and other campestral areas of Franklin County, U.S, according to Tri-City Herald, a local news outlet.

New Tariff Structure to be Put in Place

The moratorium, that has been officially stamped by the PUD commissioners, will provide the senior officials of the energy organization the required time to properly re-assess the impact extent of crypto mining operations on the power grid and design a new tariff structure if deemed fit.

Recently, the Tri-Cities have been a greenhouse for crypto miners, since power is cheap and readily available in the area, in comparison to other parts of the country. Completely owned and safely governed by the people, Franklin PUD offers nonprofit, affordable, dependable power to residents.

“Because of the ongoing extreme heat, Franklin PUD is seeing power use higher than normal. To help ease the strain on the electric system, customers are encouraged to conserve energy and use appliances during non-peak times,” tweeted Franklin PUD, on July 26, 2018.

Currently, there are almost 28 PUDs in Washington, U.S, and the majority of these Regional Transmission Organizations (RTO) have begun rejecting Bitcoin miners.

In early April, Washington Chelan County PUD made a total ban on illicit Bitcoin mining activities within the area, immediately after getting to know that crypto miners were participating in secret mining activities regardless of being much cognizant of the moratorium on all mining applications. Commissioner Garry Arseneault revealed:

“…heightened enforcement is aimed at ‘scoundrels’ who are deliberating thwarting PUD regulations. I want to take one step back and say that users of power that have legitimate requests, and have been properly sized for the use of that power, that’s not the kind of entity we’re discussing today.”

In a similar development, Benton PUD has established a new power policy focusing on bringing an equilibrium between electricity usage and power bills for Bitcoin mining operations in the overall region.