Solar Energy to Reduce Mining Cost and Impact on Environment 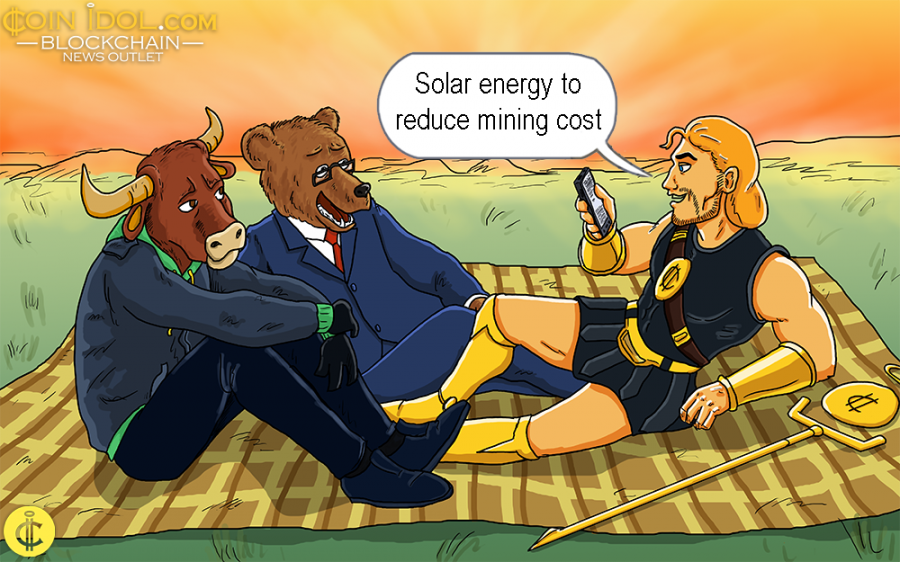 There have been many debates around bitcoin’s energy consumption rates and its negative influence on the environment. Sustainable systems such as solar energy can solve the problem by introducing ecologically clean energy for mining. Besides, it is much cheaper than traditional sources.

Some people argue that BTC drastically enlarges the level of consumption in the world. Electricity is dubbed its “Achilles heel”. However, if to talk just about the consumption in general, there is still little awareness of the advantages that the sources of sustainable energy offer.

The amount of electricity can rise but an impact on the environment remains minimal. It is necessary to focus on finding the alternatives for electricity production than talk about how much power BTC uses.

One needs a great amount of computational power to mine cryptocurrency. The most expensive part of crypto mining is electricity, nearly 90%. According to the 2017 data, BTC uses 30 terawatt hours per year. The same amount of electricity could power the whole of Ireland for a year. That is a great number, although banking consumes much more power. It requires around 100 terawatts to power the banking sector annually. If BTC technology were to mature by more than 100 times its current market size, it would still equal only 2 percent of all consumption.

As per the report published by CoinShares Research in November 2018, most BTC mining takes place in global regions that have plenty of environment-friendly sources of energy. Furthermore, it also says that renewable energy powers more than 80% of mining in the world.

People start to give more preference to solar panels than traditional electricity with the purpose of minimizing costs. For example, Azultec Cube300 offers miners a possibility to produce cryptocurrency with the help of an option “to use renewable energy and recuperate up to 72 percent of the generated heat.”