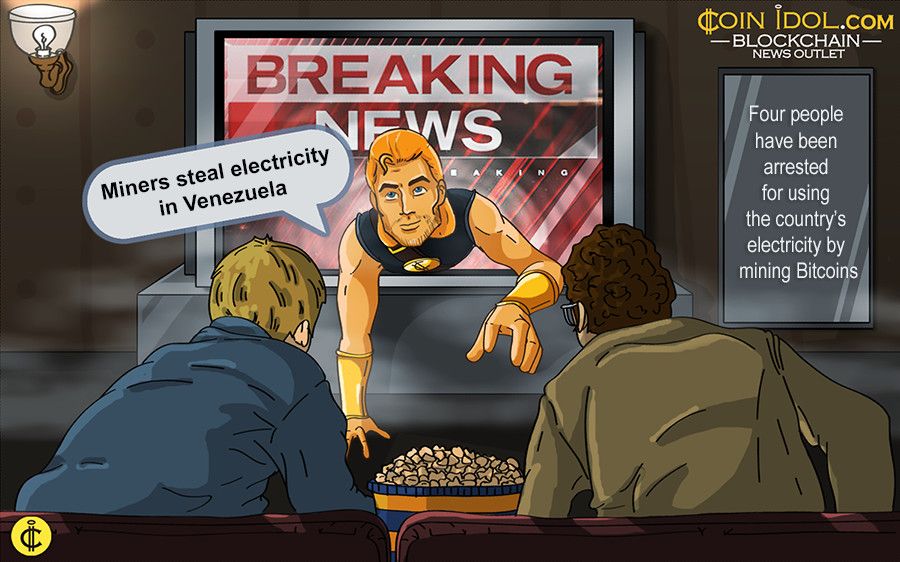 Four people have been arrested in Venezuela for using the country’s electricity illegally by mining Bitcoins. Bitcoin mining is a very power-intensive activity consuming many units of electricity a day. Implying that if unpaid electricity is used, within just a few weeks, millions of dollars in power revenue could be lost.

Venezuela is a country hit by one of the worst economic downturns coupled with acute inflation, unemployment and food rationing. Recently, the government introduced a scheme whereby it sells subsidized to free electricity to some Bitcoin miners, neglecting other miners. The way miners are selected to receive the subsidies from the government is rather unclear. Some people devised a mechanism which would allow them to use unmetered electricity for bitcoin mining which unfortunately became theft and is punishable under Venezuelan law.

Should the government of Venezuela provide free electricity to bitcoin miners during this economic hardship?

What could be the effect of government provided free electricity to bitcoin miners on the economy? Davide Sadeem a Bitcoin Miner from Venezuela  thinks:

“I don't actually think that the government should be able to.manipulate things like that.. in order to create some kind of centralization of the bitcoin system. But depending on the Venezuelan fact going on. Bitcoin is Born to let the market adjust itself. In the idealistic idea of bitcoin, there will be societies that WILL HAVE to create a low-budget business model in order to still be competitive with the bitcoin market.”

In terms of short-term and long-term cost, which power source, such as solar energy or hydroelectricity, can provide the cheapest energy for Bitcoin Mining?

Solar energy could be a solution for powering Bitcoin mining activities, coinidol.com spoke to Marek Palatinus, CEO of SatoshiLabs, a blockchain security company, about the cheapest power source for bitcoin mining between solar energy and Hydroelectricity, he responded in a statement saying:

“Also I think this is very subjective to location. We know already that geothermal energy is probably a good choice in Iceland. But there are also some bitcoin mines using hydro. I'm not aware of any bigger mine using solar. IMO it is too expensive, but I don't have any hard data.”

Since Venezuela’s currency is inflated, bitcoin can provide a safe haven. Coinidol.com spoke to Narigamba Mwinsuubo, the CEO of Bitland, a company that uses blockchain to register land titles in West Africa,  about the possibility of the government setting up a large bitcoin mining plant to offset the economic hardships and put some dollars in the country's coffers. He said:

“Bitcoin's potential as an alternative to electrify miners during this economic hardship should not be debatable. In a country where people are lacking food and basic health care, there's nothing theoretical about it and considering the state the country is in, gaming the system and pulling profits off with miners is the best option.”

Tags
Electricity Bitcoin Venezuela Mining Power Revenue Government Energy
Most Popular
May 19, 2022 at 13:00
PR
A Review of Olympus4x.com Broker
May 19, 2022 at 12:20
News
How Gaming and Online Casino Promote the Use and Popularity of Cryptocurrency
May 19, 2022 at 11:44
PR
Sato4x for Online Investments and Trading
May 19, 2022 at 11:20
Price
Luna Plunges Deeply into an Oversold Region as Buyers and Sellers Remain Undecided
May 18, 2022 at 11:47
Price
Bitcoin Cash Recovers above $190 after a Sudden Price Spike
More