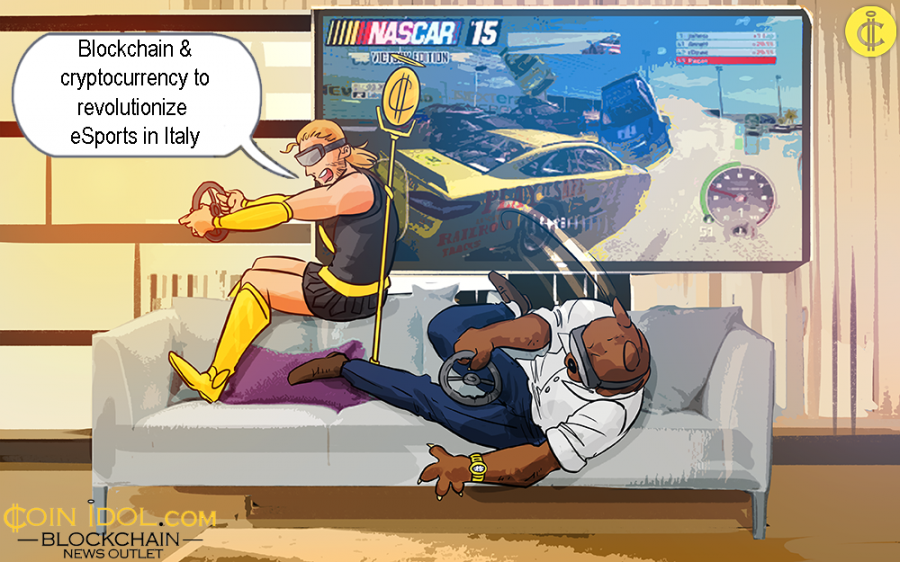 As Blockchain technology continues to gain traction penetrating the sports arena, the eSports Market in Italy in 2018 registered all-time high growth, and also attained a global turnover of around $1 billion. The technology has helped to reinforce the trust and confidence amongst players, fans and supporters, and has further augmented the transparency of transactions, as well as establishing fresh business models in the country.

The statistics around esports – professional competitive video gaming – show it to be a rapidly-growing market, with a yearly compound growth rate of 32.6% since 2012. It is predicted to generate global revenue of around $1.65 billion by 2021 if it maintains this growth rate. Also, Italy targets €100 million from blockchain, DLT and digital currency investments.

The emergence of fresh startup platforms has triggered the eSport Market to be lucrative and mainstream, since there are many applications which are related to blockchain and distributed ledger technologies, such as rewarding users, gathering funds via initial coin offerings (ICOs).

The application of distributed ledger and ICO enable users to get involved in the system which uses smart contract such that they can organize different major tournaments exploiting cryptos such as Bitcoin as flagship prize pools.

Through the ledger, streamers, professional players that broadcast their matches lives, will be in a position to earn crypto via advertising on their official channels and getting sponsors as well as donations from different companies, institutions, people, etc.

Professional players will also make contracts with their teams using blockchain-powered technologies such as smart contracts. Remember, the government of Italy came out to reveal that smart contracts work in the same way as traditional (written) contracts.

Blockchain is Changing the Face of Sports

Furthermore, in Italy, the market value of regulated online games (such as betting) with cash winnings was more than €1.37 billion. However, the bets on esports still remain understated in the country.

The absence of legal certainty and the contemporary escalation of clashes in the sector have applied pressure on the betting market via game objects, hence calling for money betting. Nevertheless, blockchain technology can resolve this issue by providing a decentralized and incorruptible way to place bets via smart contracts.

Earlier this month, a first sports blockchain accelerator was rolled out targeting sports companies like Juventus.

With this pace, the blockchain and distributed ledger technology will be used in many sectors and use cases within the country. So far, it is being used in a series of sectors including, energy, agriculture, supply chain, tourism, logistic and transport, insurance, banking, to mention but a few.