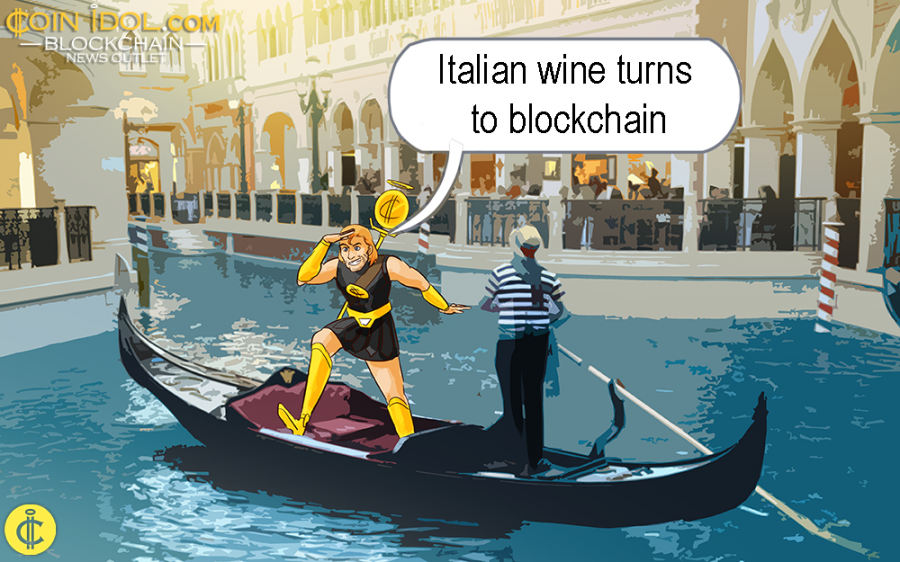 Prominent politicians including the two vice-premiers of the Italian Council, businessmen, companies, and institutions gathered together at Vinitaly to discuss how to improve the wine industry and Made in Italy goods using innovative technologies such as blockchain, smart contract, the internet of things, artificial intelligence and others.

Currently, Italy is most renowned for its gallant reds like Chianti Classico, Barbaresco, Barolo and Brunello but a wide-ranging collection of prevalent white wines are also manufactured counting Pinot Grigio, Soave and Arneis, in addition to sparkling and fizzy wines like Asti and Prosecco.

"Being here means to thank all the entrepreneurs in the world who bring the Made in Italy and allow us to have an undisputed reputation as regards the Italy brand: wine is a driving force for our exports," Minister of MISE  Luigi Di Maio revealed.

Wine Industry to Use Blockchain

Over 4,600 wineries from Italy and around 35 other nations, will meet professionals and purchasers from more than 140 countries across the globe, “in the largest Vinitaly ever”.

"Politics seeks wine for four reasons: first because it is good, second because it is a business, third because it is protection of the territory, fourth because it represents Italy in the world. Negotiations in Europe on the new Pac have started badly, in the sense that the annual budget takes away at least two billion euros from Italy, as a government we will never vote for a budget that takes money away from Italian agriculture, and above all we will fight to defend the Made in Italy, which we have not been able to do until now. For me, wine is red and firm, but not excellence,” minister of interior Matteo Salvini said.

"We will use the success of the wine world abroad to guide all the Italian exports. The next step is to combat the fake Made in Italy: but we are already working on it, with the blockchain technology, on which we have already invested 40 million euros in the MISE to test it. And then, it takes spreading of the food and wine culture, which is done through commercial agreements, such as the one for the Silk Road closed with China, or the visit to the United Arab Emirates (UAE) next week and last week's visit to the USA,” Di Maio said.

"We have just allocated 140 million euros for the export of Made in Italy which is fundamental for the Government. And I hope they are spent as soon as possible, for the whole sector and for the whole supply chain,” he added.

Recently, many Italian blockchain-related companies such as Intesa SanPaolo group and Italia4Blockchain association joined other big firms including IBM, ConsenSys, Ripple, IOTA and Cardano, to be part of the International Association for reliable Applications Blockchain ( INATBA). The adoption of the distributed ledger technology (DLT) continues to spread in different major sectors such as tourism, agrifood, textile, and many others, in the country.