Blockchain & Smart Contracts to be Legally Recognized in Italy 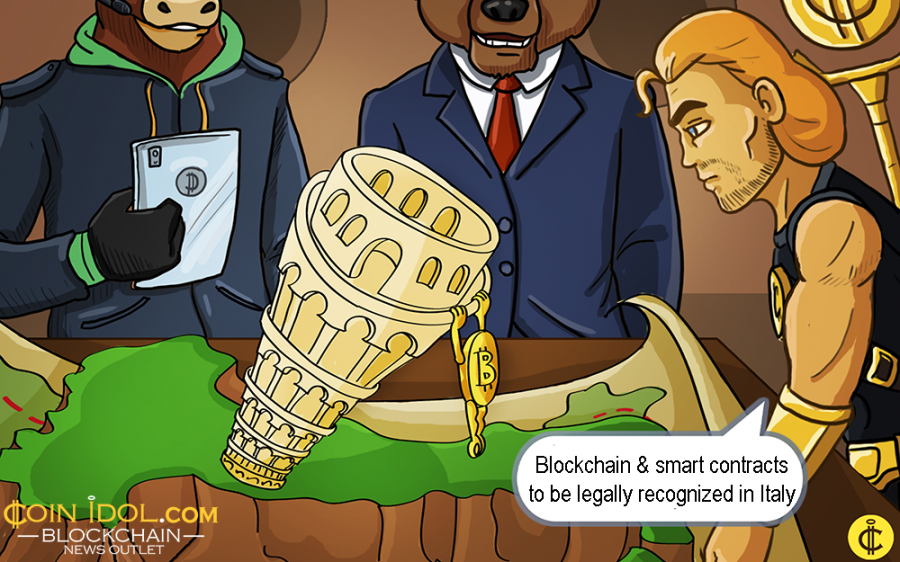 Italy has been doing everything possible to make ends meet as far as blockchain, cryptocurrency, artificial intelligence, smart contract, the internet of things and other innovative technologies are concerned. The Italian government passed a set of rules and regulations, launching a main overarching legal foundation for the rationality, validity and enforceability of innovative technologies.

Consequently, Italy becomes one of the first nations to launch an overarching set of rules on blockchain technology and smart contracts, largely applicable to all kinds of transactions. Implying that anyone is able to gain from technical features of these innovations within an effective legal framework.

The first greenlight for blockchain & smart contracts in Italy occurred on January 24, as Coinidol reported. Later the proclamation was made in the Italian Senate.

“The possibility of giving legal value to a transaction that uses an electronics and cryptocurrency, without the need of notaries or central certification bodies,” a DLT expert selected by MiSE, Fulvio Sarzana said.

The law defines blockchain as technology and IR protocol based on a shared, distributed, replicable, accessible, decentralized ledger, created on cryptographic keys that allows the registration, validation, update and storage of both decrypted and encrypted information, verifiable by every user and which is unalterable.

The definition of blockchain is in line with the recently set principles by the European Union (EU) regulatory authorities on certain matters such as initial coin offerings and cryptocurrencies.

The Agency for Digital Italy (AgID) aka - Agenzia per l'Italia Digitale, will develop the technical standards for blockchain before March ends, which are capable of generating the same legal result of a digital and electronic timestamp pursuant to EU Regulation 910/2014 regarding any digital document kept on that.

Smart contracts, according to the new Italian law, are defined as blockchain-based software which, once the appropriate and important ledger entry has been validated, automatically produce a result to the applicable terms decided between two or more participants.

Smart contracts are recognized by law to be equivalent and comparable for particular purposes to traditional (written) contracts since the digital authentication, verification and endorsement of the participants is done according to the procedure set by AgID.

The legal procedure will be established in specific and precise guidelines that will be produced by mid next month, and also not forgetting producing applicable technical standards.

Italy is trying to accelerate large-scale blockchain technology and smart contract adoption, as Coinidol revealed. After the receiving a go-ahead from the Chamber at the DL Simplification, the definition will be operational within the Italian system.