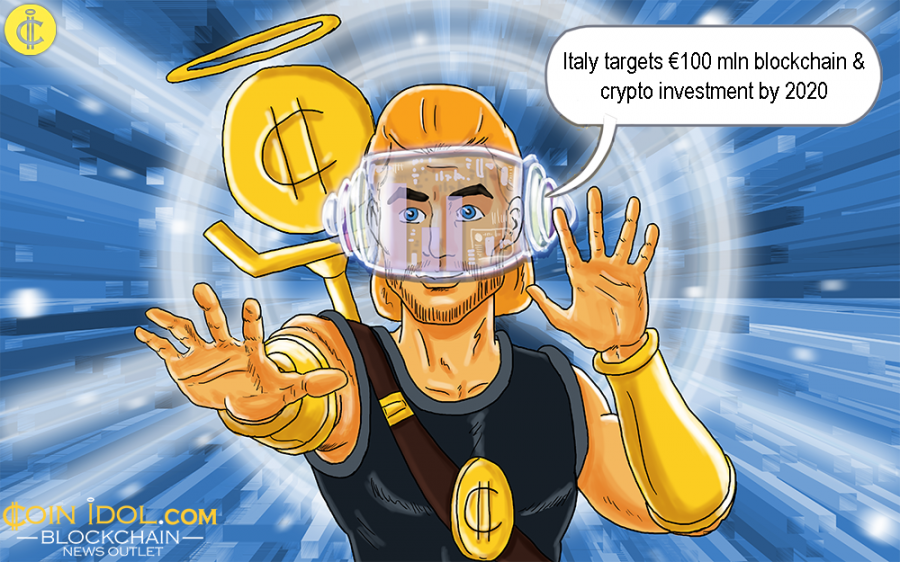 When it comes to the use of blockchain technology and cryptocurrency, the United States is in its own league. In an effort to outperform the U.S, Italy started investing heavily in this nascent industry. Right now, Italy still has fewer numbers, but the growth rate is promising - it is expected to increase from 2017’s €16 million to €92 million by 2020 and with a CAGR of around 79.2%.

The report by Cefriel and IBM Italia shows that companies want to delve into sectors which could take advantage of Bitcoin-based technology beyond the financial industry. In fact, it’s the finance sector triggers the volume of investments, it even hit a level of 2.85 billion dollars last year with a yearly growth of 316% and it is also expected to hit more than 12.5 billion by 2022, with Europe believed to outstrip 3 billion.

In Europe, Germany is the most active nation as far as blockchain and crypto investments are concerned, Austria comes in the second position – it recently allocated a research fund of around €8 million, and France follows – the country has by now regulated its use for the exchange of securities and it now looking at creating a regulatory framework for digital currencies and tokens.

"The Italian market is still immature when compared with the U.S. and Western European countries such as Germany and the UK: however, investments are following the trend of European and world growth,” explains Alfonso Fuggetta of Cefriel.

Besides the financial industry, the opportunities supported by distributed ledger technology (DLT) are unquestionable:

In the Media sector also, "decentralization has a high latent regarding the blockchain's ability to offer alternative models to the exchange of value on the web," particularly vis-à-vis "the remuneration of innovative work, the tracking and management of digital content, advertising and tracking of infrastructure management processes to underprop services."

Particularly, according to the report, the use cases of DLT are rising in the digital media sector in Italy:

“From creation to distribution it is possible to apply blockchain and smart contract to certify the source, trace the authors, create distributed reward mechanisms of the right author, certify the use of media, track digital rights, manage direct rewards, create alternative forms of online advertising."

It will incorporate the collaborative business logic with data certification models and distributed processes, hence, sharing the trust.

Recently, Coinidol reported that Blockchain and Cloud have played a big part in increasing the efficiency of Chief Financial Officers (CFOs), companies, and other major sectors including supply chain, agrifood, manufacturing, etc. in Italy. The country has over 76 percent of DLT-related projects.