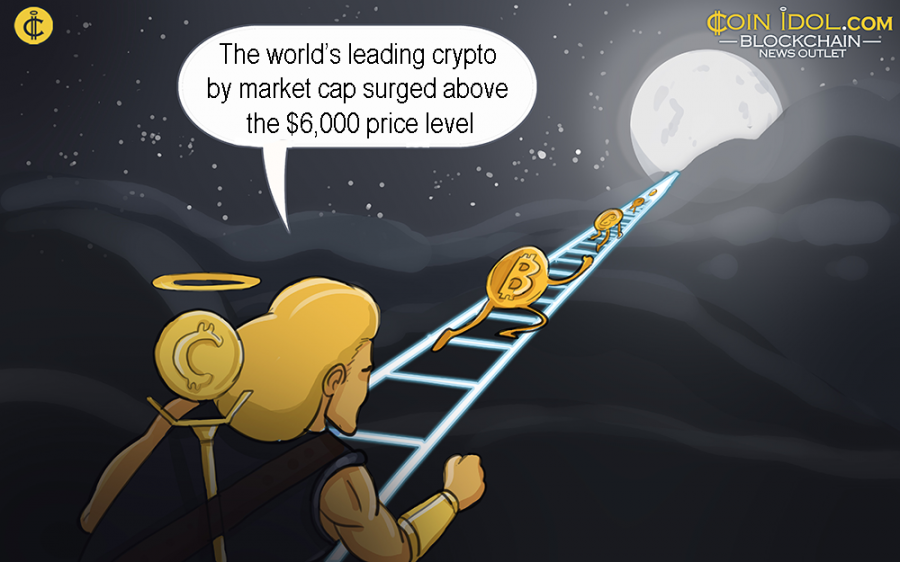 For over half a year, Bitcoin has been trading low and the entire crypto market was in a depression, until surprisingly on May 9, the world’s leading cryptocurrency by market cap surged above the $6,000 price level. Experts in the digital currency industry are optimistic that the next bull run is possible and could even happen earlier than it was expected.

Various experts including the veteran trader Peter Brandt had predicted BTC could hit its new parabolic trajectory at $50,000+ before 2021 ends. However, there are other Bloomberg Intelligence analysts who predicted that Bitcoin will plummet to trade around $1,500 (-70%).

To see the flagship coin soaring up this psychological price level, could be signaling that whales are increasingly getting back into the market, and according to the BTC’s trend from few weeks ago, it appears these whales are unstoppable.

Different from 2017, this very year (2019), the Bitcoin price seems not to be influenced by the market hype and propaganda. The crypto winter seems to be over and the next bull is valid and the market could see the price surpass the 2017 crypto bubble results, where the flagship crypto hit its all-time-high of $20,089.00 USD on December 17. 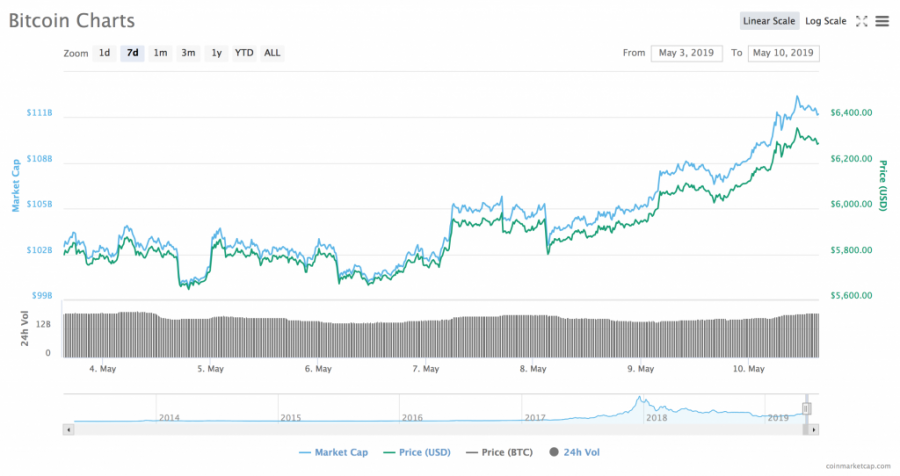 At press time, Bitcoin (BTC/USD) is showing positive signs of trading slightly below $6,300 price level. According to the data from coinmarketcap, the crypto is in green changing hands at close $6,291 (3.78% 24h and 8.93% 7d), with a market cap of over $111 billion, and the daily trading volume of over $18 billion. It is continuing to dominate the market by 58%. 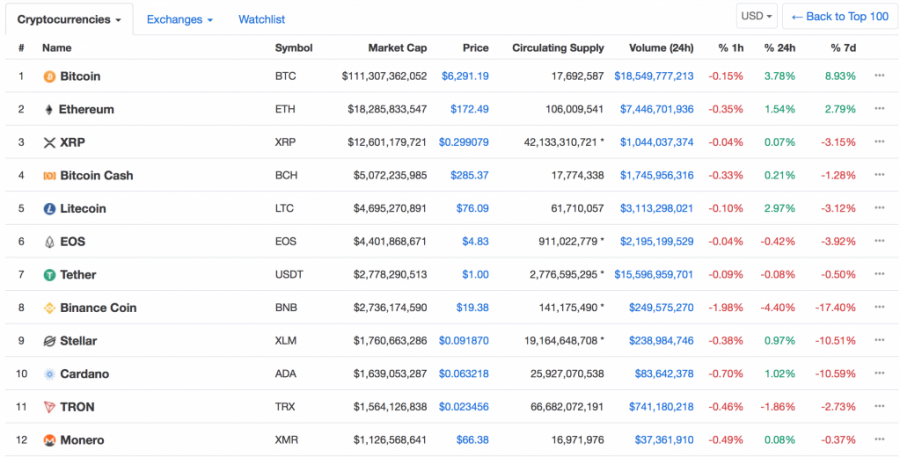 Surprisingly, Bitcoin has defied anticipations that it would plunge in value due to the most recent hack that happened on the Binance crypto exchange and saw it lose more than $40 million worth of BTC.

Another famous cryptocurrency trader TheCryptoDog, revealed that BTC is going to continue its skyward pattern until the coin reaches a significant resistance level which is very big for the crypto to handle.

Now, Bitcoin is eying to break the $6,500 resistance level to prove itself that a fresh skyward rally has started. However, it is still uncertain if Bitcoin could make this happen in May – it’s only time that will tell.