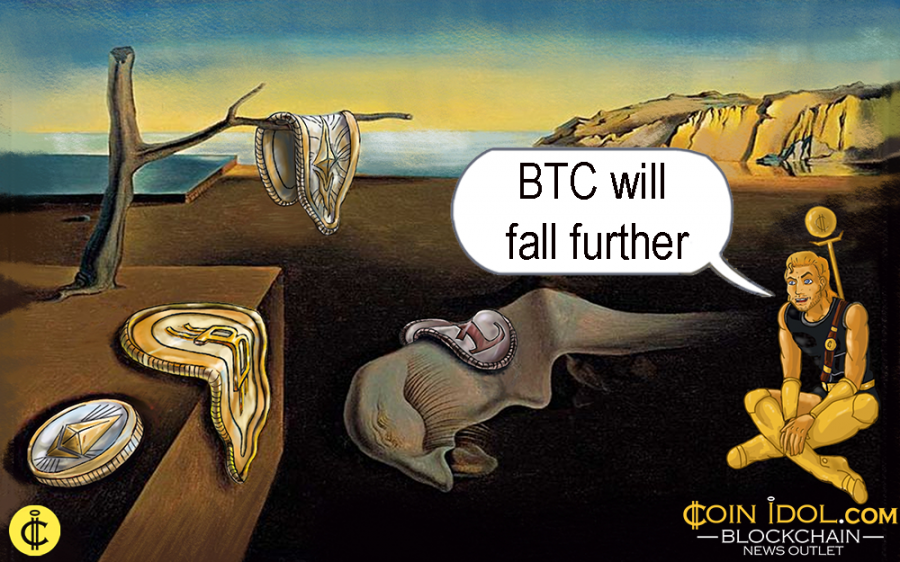 Some analysts from Bloomberg Intelligence (BI) anticipate that Bitcoin (BTC) will "fall further," as reported by Bloomberg. Various crypto sector pundits have already started calling this the cryptocurrency winter.

“Bitcoin’s no longer boring” declares Bloomberg, before stating that analysts predict the price could fall as low as the $1,500 point, a further 70 percent drop in the coin’s price.

Travis Kling, a hedge fund founder, was quoted saying that he "didn't sleep very well" due to the high disorder in wider digital currency markets because of the recent Bitcoin Cash (BCH) hard fork, which coinidol recently reported.
“There’s a small chance that, it’s difficult to estimate, that something really bad could happen related to Bitcoin Cash that could then impact the entire crypto market.”

Mike McGlone, a BI analyst, also said that the recent market crash was sparked by the pump for the BCH hard fork. He elaborated:

“Pump that started a few weeks ago, got the market a bit too offsides with speculative longs playing for the good old days. But this is an enduring bear market.”

The bear market in the digital currency sector has distinctly affected other things not only prices. Nvidia, U.S-based GPU producer recently declared a significant fall in sales within this quarter, especially the GPU sales that are used for crypto mining.

In a recent note to customers, Rob Sluymer, of Fundstrat Global Advisors, forecasted that Bitcoin will take "weeks, if not months" to recover from the "technical damage" being brought by the recent price breakdown.

However, Tom Lee, Fundstrat co-founder & head of research, told customers that he adjusted his recent end-year point for BTC's price from $25,000 to $15,000.