Is the Crypto Winter Over? Bitcoin Trading Volume Over $10 Bln 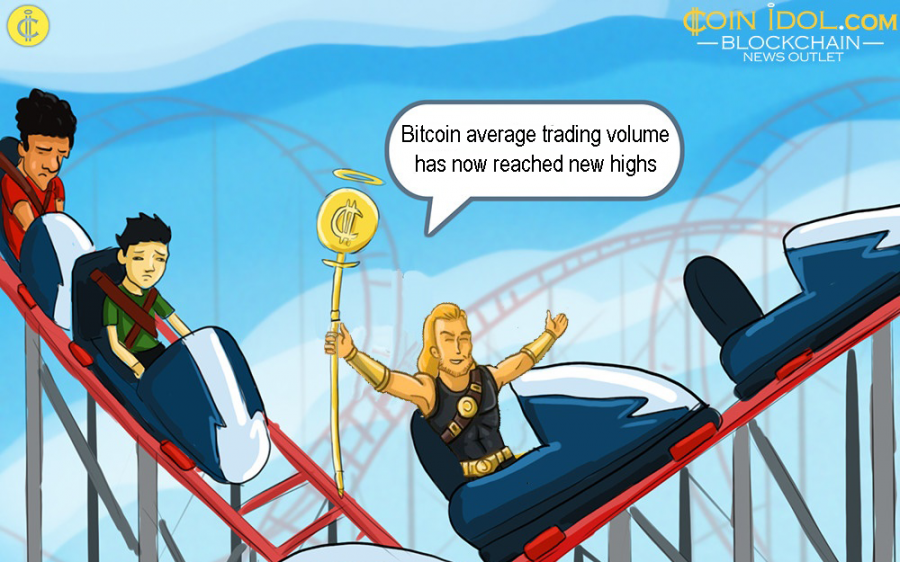 Bitcoin average trading volume has now reached new highs since 11 months ago.  Bitcoin is the globe’s leading cryptocurrency by market cap. BTC/USD is trading at $4,032 and the total MC is at $139.587 billion, at press time. It has surged up around 150% since October’s record lows. The average daily Bitcoin transaction volume hasn’t registered levels this high since January last year.

Kevin Rooke, an autonomous cryptocurrency data researcher, tweeted on Saturday that crypto traders in March made around $10 billion, a figure which is much higher than $6.25 billion lows attained in November last year – a period when the BTC/USD price dropped by 35% due to Bitcoin Cash (BCH) hard fork debacle.

However, the early 2018 breakdown in the crypto market wiped off both the valuations and traders. After the breakdown, lesser investors were seen penetrating into the digital currency market. The lower trading volumes registered between June to October last year was clear evidence. During that period, BTC had a stable support price of around $6,000 not until November and December when it rapidly plummeted to $3100, as per the data accessible at OnchainFx.com.

Even in January this year, the average BTC trading volume remained almost the same. But in February, the figures soared to around $7 billion, and now in March they have managed to earn over $10 billion, hence making an impressive rebound. All in all, the market is regaining gigantic momentum.

Volume has increased by ~150% in the last 5 months

Average daily volume hasn't been this high since Jan 2018

Although the snowballing daily volume and price can equally support each other, optimistic signals remain to be visible. The crypto winter might not be over yet, but possibly hope will soon be back in investors’ minds.

However, most Bitcoin exchanges have been increasingly condemned for allegedly manipulating their trading volumes. According to the report released by Blockchain Transparency Institute, most of BTC’s displayed volume of coinmarketcap (CMC) was 99% false.

“Over 80% of the Coinmarketcap top 25 BTC pairs volume is wash traded,” the institute wrote. “These exchanges continue to use these strategies as a business model to steal money from aspiring token projects.”

All said and done, if this allegation is correct, it could perhaps set a big test for whales to demonstrate BTC’s long term buoyant outlooks.