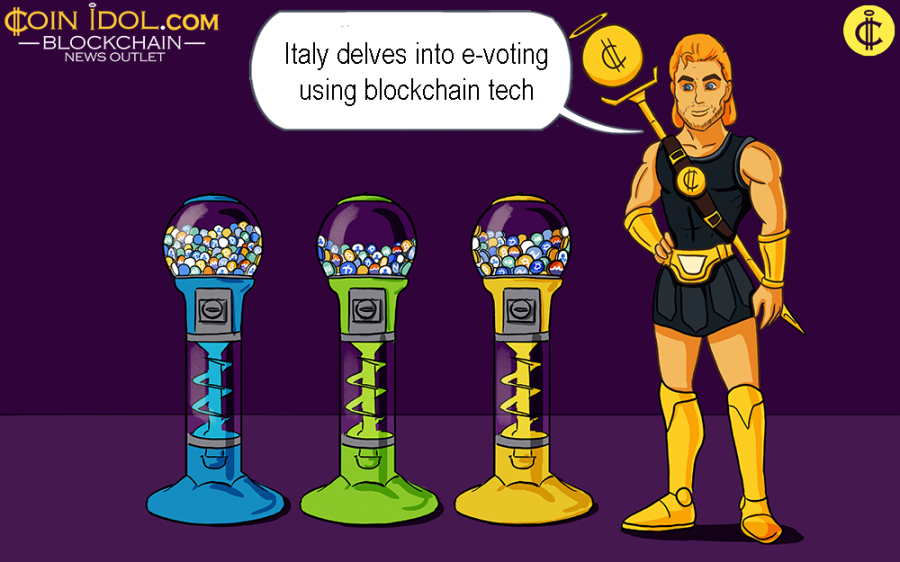 A lot of society’s resources have been spent to enable the voting process of civil rights. Italy alone spent over €389 million to conduct the 2013 parliamentary elections. It is now investing heavily to enable efficient blockchain-based e-voting in the future.

To a large percentage, voting demonstrates some sense of democracy in society. It’s through an election that citizens are allowed to choose their preferred candidate who will lead the society. Also, in a referendum, citizens make critical decisions on matters with a major social effect.

Traditional systems, like those now used in Italy, are both expensive and archaic since they are subjected to all kinds of problems such as manipulation, double counting, forgery, fraud and many others.

In traditional electronic voting systems, electronic machinery is employed to enable vote placement. The penchants collected are then normally sent in some way to a central server which then calculates the election outcomes. In this kind of design, there are numerous security problems, such as the presence of hackers that can interrupt and change communications.

In Italy, the attention on blockchain is finally showing to be progressively high, just as it is occurring in other nations worldwide such as Switzerland (in Zug town), Sierra Leone (by Agora – a Swiss-based company). This is a sign of how the institution of new processes and systems buoyed by ground-breaking technologies, both in the Italian public administration (PA) and in the industrial areas, could work as a mainspring for a weighty renewal.

The Italian condition concerning the use of blockchain, today sees, in fact, numerous initiatives aimed at snowballing the level of attention and to recognize the potential of this innovative technology. Italy rolled out a DLT-based e-voting system so that its citizens abroad can successfully vote.

In September last year, the Ministry of Economic Development (MiSE) headed by minister Luigi Di Maio rolled out a call for experts which led to the appointment of 30 members with professional multi-skills, to discover the questions which will arise from diverse perspectives.

In order to fulfil and support this governmental pledge, there is an act approved by the Chamber of Deputies that perceives its first signatory as the Hon. Giuseppe Brescia – current President of the Committee on Constitutional Affairs of the Chamber.

This very act obligates the government of Italy to launch a technical discussion table between the Ministry of the Interior, the Surety for the Protection of Personal Data, the Ministry of PA and the Agency for Digital Italy for the approval of guidelines for the experimenting of electronic voting via the use of blockchain in the area of electoral procedures and exercising of the right to vote.

On the Rousseau platform created by the 5 Star Movement (M5S), there is a certain function known as “Lex Enrolled“ where registered users of the platform can actually write proposals for legislation which are submitted to the study and examination of all registered users. Among the proposals appropriated by the subscribers is the proposal for a citizens’ initiative law on secure and approved digital voting using blockchain.

In addition, on January 22, 2019, the legal validity of distributed ledger technology transactions and smart contracts was made official. As reported by Coinidol, an amendment to the Simplification Decree, that was first signed by Stefano Patuanelli, contains for the first time in the Italian system technologies based on blockchain and a legal definition of a smart contract.

The definitions have been encompassed in the change into law, with several amendments, of Decree-Law no.135 of December 14, 2018, as instituted in Law no.12 of February 11, 2019. This is the seed which will enable in the near future to sidestep notaries and central certification authorities since smart contracts are now equal to written contracts.

Nomination at the Chamber of Deputies on Tuesday, March 12, 2019, to reflect on the state of the digital vote, in the occurrence dubbed “E-VOTA!” organized by Chairman Giuseppe Brescia.

The Government of Korea is also considering to develop and also implement a voting system using DLT.

"We expect the blockchain-based system to enhance reliability of voting," said Kim Jeong-won, a ministry official. "The ministry will continue to support the application of blockchain technology to actively utilize it in areas that require reliability."