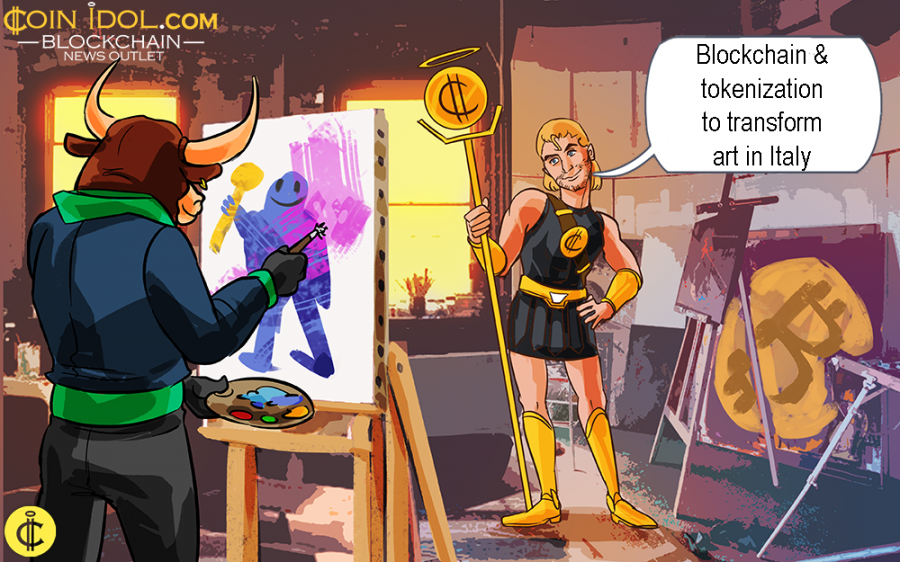 A tokenized society in Italy will be among the scenarios created by the blockchain technology where any type of storage of value and public registration can be a token encryption, which can tie to a floating market and further be traded on international digital exchanges.

Today, blockchain is being used to track goods by issuing a certificate recognized by authoritative bodies, hence, legal.

A Work of Art

The technology is also being used in the art industry, works of art can be bought both for the charm and for investment purposes, or sold/rented for a significant exhibition, all things which can produce profits and ascertain a greater value of the asset.

The technology was able to locate the famous painting by Leonardo da Vinci dubbed “The lady with ermine” which depicts Cecilia Gallerani. The painting was bought in 1800 by the Polish prince called Adam Jerzy Czartoryski, it was later stolen by the Nazis in 1940, lent in 1972 to Moscow Russia, and exhibited in Rome-Milan-Florence Italy in 1998, in 2009 in Budapest and in 2011 in Madrid Spain, and so on. It was recently sold to the Warsaw government.

Furthermore, the painting generated two incomes: a conceivable income – included in the admission ticket and in the turnout; and the growth of added value for the stature that the work progressively earns – the more it grows its fame and asserts its uniqueness and unachievable splendor.

In the near future, several products, if not all, will be tokenized, thanks to the blockchain technology – just like the aforementioned example of the work of art. Recently, the painting 14 Small Electric Chairs by Andy Warhol, a work which is worth 5.6 million dollars, was set up for sale, and it generated 1.7 million dollars equivalent to 31% of the work: more than 795 bidders took part in the auction, carried out using a smart contract on tokenization through blockchain.

Generally, the token, within the blockchain tech, has comparable performances in relation to an ownership certificate regarding security, traceability and transferability.

Italy has an unquestionable point of excellence, that puts it among the luckiest countries on planet earth: tourism is its true treasure with more than 40 million presences on the national territory in 2017, and it could base on this to maximize resources and efforts. Blockchain could become an alternative to treasury bills because of its efficiency and effectiveness.