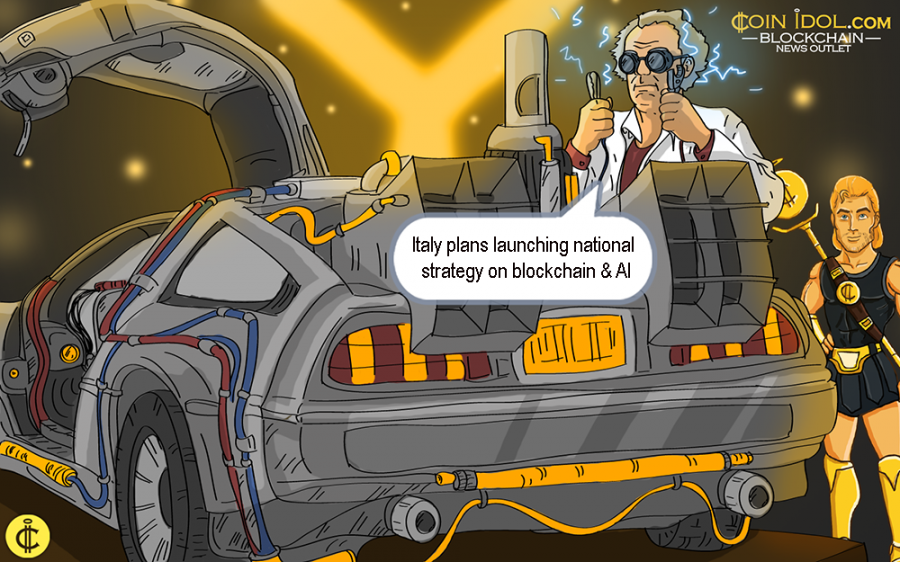 The two groups of high-level experts selected by the Italian government first met at the Ministry of Economic Development to explain two major national strategies in the sectors of blockchain technology and artificial intelligence (AI). The next meeting is scheduled for Fri Feb 8, Agora Vox reports.

One of the selected experts in the blockchain technology group, Gian Luca Comandini, elaborates that:

“It is important not to lose further time and ground and work hard to achieve the set goals.”

The government of Italy focuses on developing two significant national strategies in the fields of distributed ledger technology (DLT) and AI. After multiple proclamations, on Jan 21 this year, these two teams decided to meet to start working on the task they were assigned with.

From ethics to law, information technology (IT) to economics, science to public administration (PA), the are several sectors of origin in the multitude of experts called by the MiSE headed by Minister Luigi Di Maio. On the DLT side, the challenge is two-way: firstly, the most efficient way to coincide with epochs of technological innovation has to be identified, since they are very rapid; secondly, Italy needs to equip itself with essential tools to meet a composite technology such as blockchain which is spreading in a far-flung way, and it is estimated that it will be adopted in several sectors of the economy of Italy. Currently, the potential applications associated with blockchain technology are infinite and touch several sectors of interest both in science and economics.

Nevertheless, back in time, Italy was sceptical about the era of innovative technology such as blockchain, AI, smart contracts and it was among the less prosperous countries to embrace this kind of technology.

"We have lagged behind other European countries like France and Malta" - explains Gian Luca Comandini, entrepreneur, teacher and member of the group of experts who will develop the first national strategy on blockchain.

"In recent years there has only been talk of bitcoin or cryptocurrency and little of the technology in itself. Fortunately, something is changing: now, the interest of private companies is addressed to blockchain technology and not just to cryptocurrencies. Italy must now focus primarily on a legal discipline that regulates the sector, secondly on training, so as not to risk setting up the technology legally and then not allowing it to be properly understood by the citizens."

"To do this” - underlines Comandini - “it will be fundamental to involve the media and universities. After all, when past generations have found themselves facing a technological evolution such as, for example, the Internet or the mobile phone, they have always lived years of adjustment and confusion. This time, we have the advantage of a few years, because the new generations (Millennials) are used to experiencing technological changes differently from their parents and grandparents."

Complex Task in  a Short Time

While in the first meeting, the first stage of work indicated that in the few upcoming months, the assignment of developing and explaining the two national strategies will be successfully achieved. As Coinidol reported, the Italian government wants to accelerate the blockchain strategy, such that it can send it to the European Commission before April.

Meanwhile, the task of the selected DLT high-level expert team will resume on Friday, February 8, concurrent with those experts working on AI.

“We meet in plenary at the Ministry every two weeks - explains Comandini - but between meetings we see each other and we feel continually among ourselves to develop the strategy. This is a complex job and the time available is short, but we will certainly do it because the profiles selected by the Government are professionals of the highest level. Now it will be important not to waste further time and ground and work hard to achieve the goals set.”