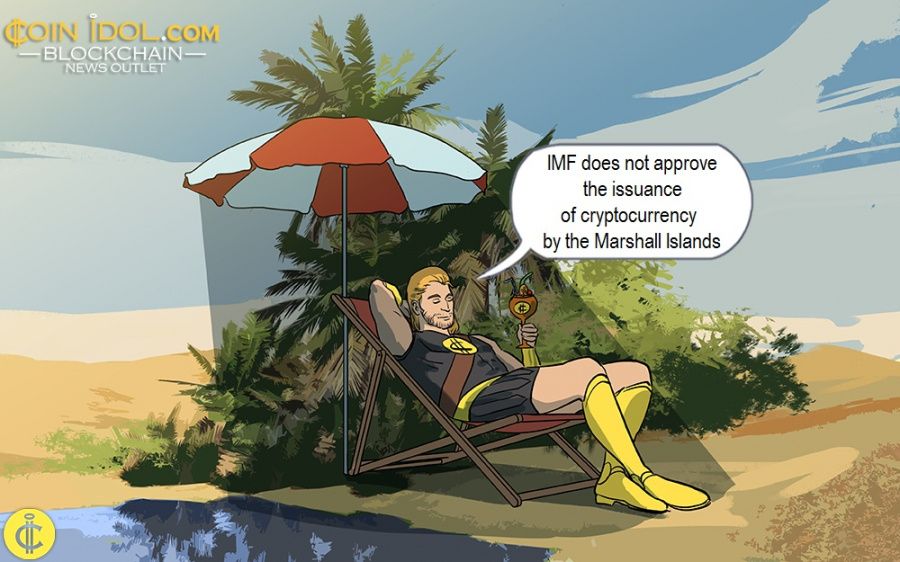 The International Monetary Fund (IMF), an organization working to secure financial stability globally, has repeatedly expressed its antagonism to the issuance and circulation of the Marshall Islands’ state-run digital money currency.

The Republic of Marshall Islands (RMI) plans to release a national virtual currency which combines cryptocurrency and fiat currency dubbed Marshallese Sovereign (SOV). The RMI plans to create SOVs and combine them with the US dollar (USD) for some time.

The RMI attained its freedom from the US in 1979 under a Compact of Free Association, but have been using the USDs as they lack their own traditional fiat currency. The strategy to create and circulate the SOV started way back when the parliament passed a Sovereign Currency Act in 2018, as coinidol.com, a world blockchain news outlet, reported. The state has devised plans to develop its own state-managed cryptocurrency to lessen its dependence on the USD and improve the national economic situation.

But in the first assessment of SOV in 2018, the IMF indicated that the move could have a negative impact on national economic stability and external credibility. The organization has informed the RMI in a new official statement that the agency’s position on SOV remained unchanged.

IMF Mission Director Manrique Saenz, who visited the RMI, revealed that in the meantime, digital currency technologies like the central bank digital currency (CBDC) and stablecoin have improved considerably. Nevertheless, the main risks allied to the SOV that were debated about previously appear to remain pertinent.

However, Manrique further revealed that the proposal has not been officially revised by the IMF board of directors. The IMF reviews key national proposals once every two years. A full review of SOV is scheduled for December, 2020.

SOV doesn’t work as a CBDC or stablecoin

Since the RMI doesn’t have a central bank, the SOV isn’t a CBDC or a stablecoin such as Facebook’s Libra, rather the virtual currency depends on the computational power of the distributed ledger technology (DLT) as its financial regulating element influenced by RMI nationals and other venture capitalists, and the token is likely to be issued in series of auctions.

The SOV might end up operating alongside the USD. The organization isn’t trying to block independence of RMI but assisting it to reinforce its monetary system.

Marshall Islands is not the first nation to issue a digital currency. For instance, Venezuela is managing its own cryptocurrency called Petro, China is in the final stages of testing its digital yuan, the United States is also experimenting the digital dollar, Sweden is soon launching the e-Krona, and more than 40 central banks are delving into the possibility of creating their own digital currencies.

However, the Marshallese SOV might more resemble cryptocurrency than other CBDCs. Despite it being controlled by the country’s government, it might be more decentralized than other coins that will probably become just a digital version of fiat currencies.