46 Central Banks Explore Digital Currency, With Only a Few of Them Actually Planning on Launching 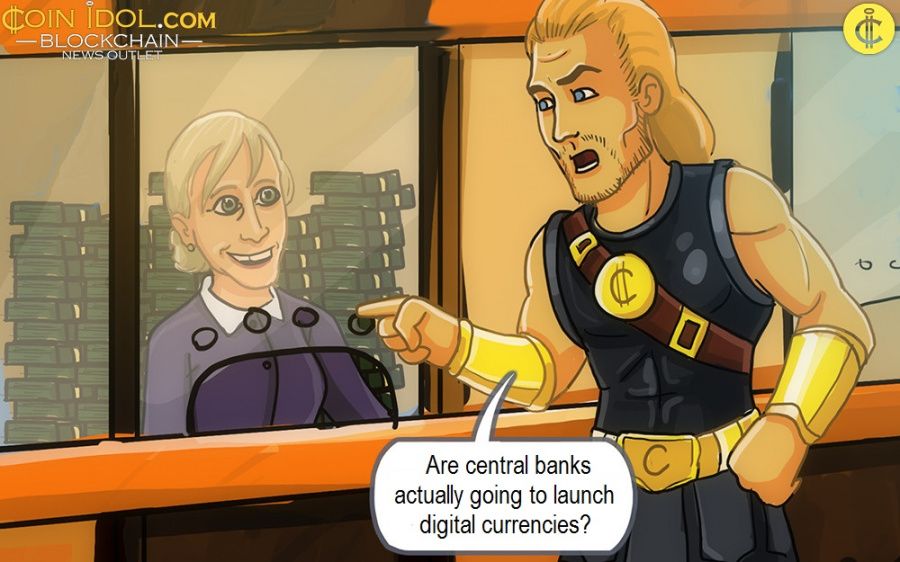 Central banks from 46 countries worldwide are exploring digital currency, however, only a few of them are actually going to launch their own coins. And most of them are not going to base their stablecoins on a blockchain.

Per the report by the magazine dubbed ‘Central Banking’, 65% of the banks are enthusiastically delving into digital currency, but a big number of them have no intents and purposes to issue their Central Bank Digital Currency (CBDC).

Choosing distributed ledgers instead of blockchain

Around 71% of the respondents revealed that even if they reach the CBDC issuance stage, they will not base it on a blockchain. Nevertheless, some of them noted that they might look to base it on distributed ledger technology (DLT).

DLT is a tech which distributes data to multiple nodes or computing devices in one central institution. Manifold nodes manage the ledger and store agreed copies separately on each node to ensure transparency, verifiability and immutability.

Blockchain, in its turn, is a kind of DLT which encrypts data, stores it in blocks, and chains each block. While it can offer operational stability instead of a single point of failure, it can create privacy problems as it enables manifold instant access to sensitive and private data.

DLT includes a private and permissioned system in which a small number of trusted identities constitute nodes. Thus, it would become a more suitable ledger for a central bank seeking a balance between distributed networks, stable operating systems, and observing user privacy. It seems to be a compromise.

As per the CBDC report conducted by the blockchain consortium R3 in late-April, central banks are busy designing wholesale CBDCs which support extensive and wide-reaching interbank payments, an innovation that could dramatically transform traditional finances.

Despite most banks only exploring the potential of CBDC, some countries have already taken some practical steps towards its launch. For instance, China is developing its own digital money dubbed ‘digital yuan’, as coinidol.com, a world blockchain news outlet, reported. As of now, it is actually at the stage of trial within different Chinese Provinces involving partners for various sectors. The trial includes not only Chinese companies, but also the most popular brands from the USA including McDonald’s and Starbucks.

Sweden is also exploring the practical possibility of launching its own stablecoin called e-krone. The Dutch Central Bank believes launching their own CBDC might allow them to dominate the cryptocurrency market, so they consider experimenting with digital Euro.

The United States is also thought to be designing its own stablecoin called ‘digital dollar’, however, the country’s government has made no official statements on this. The thing is that their coronavirus relief bill package stipulated the creation of a digital wallet system for citizens to get their relief money. Such a system, in its turn, stipulates the development of a digital currency to circulate between them. Nevertheless, as of now, there is no clear data or timeline for the development of a digital dollar in the USA.