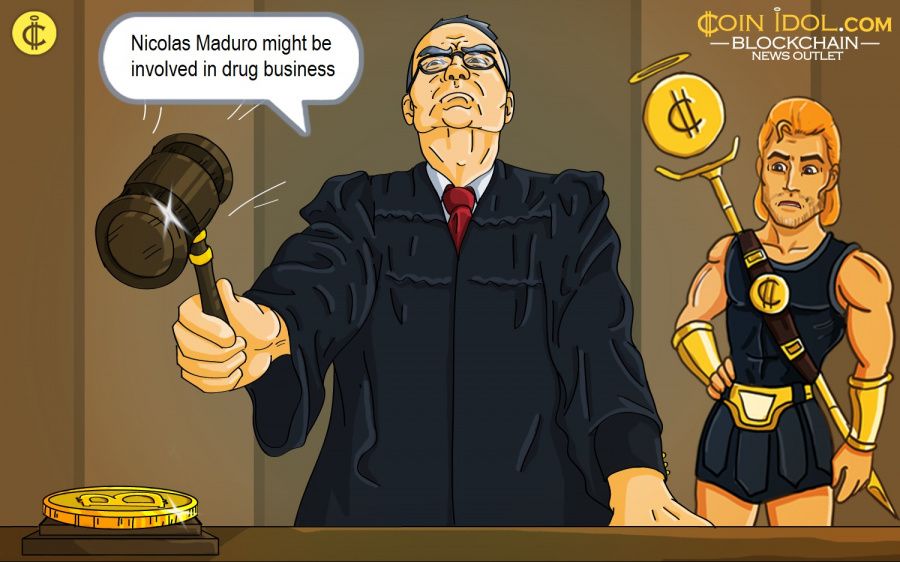 The President was alleged to have tapped cryptocurrency like Petro, to mask transactions related to illegal drug trading, as per the statement by the US Dept of Justice (DoJ) on Thursday.

Per the US DoJ, the charge shows that Maduro was arraigned for smuggling cocaine and other drugs as a tool to subvert and compromise the health of US nationals. Attorney General William Barr, who was handling the case, issued a statement about the charges, a thing that has increased the economic and political uncertainty between the two countries, according to the Cryptoglobe report.

President Maduro has now got a price on his head. The US DoJ has put a bounty of around $15 mln to be given to anyone who apprehends and hands him over to the responsible authorities for committing drug trading and supporting different terrorist groups in and outside his country. The president and his group reportedly assisted large sales and shipments of illicit drugs, using petro and other forms of cryptocurrencies as the payment method of choice, as Coingeek reports.

“Today’s announcement highlights HSI’s global reach and commitment to aggressively identify, target and investigate individuals who violate U.S. laws, exploit financial systems, and hide behind cryptocurrency to further their illicit criminal activity. Let this indictment be a reminder that no one is above the law - not even powerful political officials.”

The charge, in particular, doesn’t reveal which type of virtual currencies were actually utilized to conduct these illegal dealings, but since the country has its own oil-backed token known as Petro, which the president claims is widely used in the country, then it might be among the tokens that were used in carrying out untracked payments.

Is Petro token a scam or legitimate?

The Petro initiative is monitored by Sunacrip, Venezuela’s National Superintendent for Cryptocurrencies and Related Activities.

However, the merchants have tried to label Petro digital currency a scam which can’t assist the population to overcome the hyperinflation within the country, which has now hit at almost 12,246% for the past 90 days, basing on the data from Bloomberg’s Café Con Leche Index.

Due to the increasing spread rate of coronavirus pandemic in the nation and other parts of the world, the Venezuelan government shut down all banking institutions to prevent the more spread of the Covid-19.

As coinidol.com, a world blockchain news outlet has reported recently, there was an increase in the volume of P2P trading of digital currency including Petro in Venezuela as the people tried to abide by the set directives.