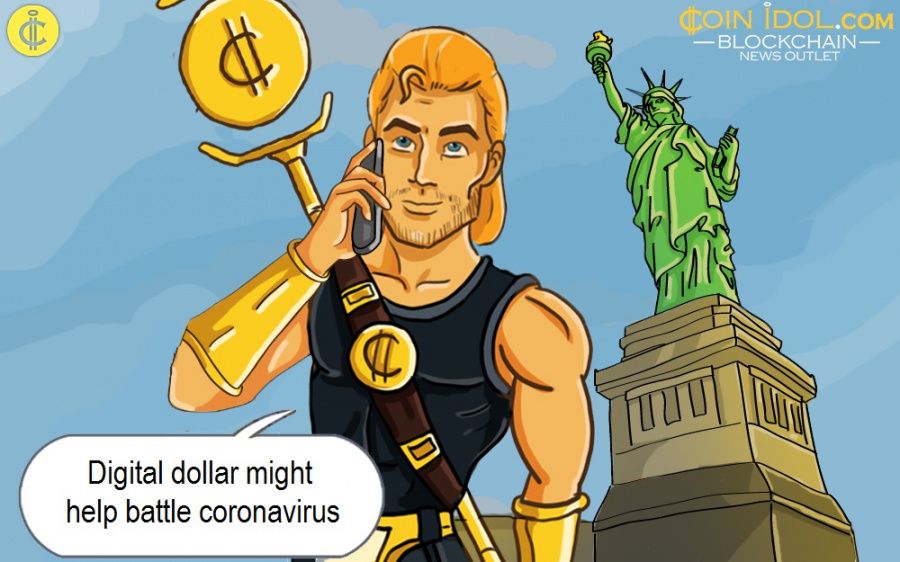 Recently, the US Democrats in the house of Representatives proposed two bills both leading to the creation of a digital version of the USD. The Dems say the bill is meant to empower personal income during the raging COVID-19 Crisis.

The bills were named the Take Responsibility for Workers and Families Act and the Financial Protection and Assistance for America's Consumers, States, Businesses and Vulnerable Populations Act. They would allow the Federal Reserve to adopt a digital Dollar system and a digital wallet to deliver payments to citizens. The bills proposed a payment grant of $1000 to every minor and up to $2000 to every adult American.

As the coronavirus pandemic continues to rage havoc on the global economies, millions of businesses across the United States closed down amidst numerous claims of unemployment forcing the country down the road to a severe recession. The country is going to pay a stimulus to those citizens in need to help them make both ends meet in this complicated situation.

As sending physical checks might potentially bear danger of contamination, the government considers using virtual money. Digital Dollar would mean a dollar value in digital form recorded into the Federal reserve ledger as liabilities. The Federal Reserve would be the sole custodian of all created digital wallets and would maintain them for the beneficiaries.

Moving towards a cryptocurrency and blockchain solution

The legislation further proposed that the debit card system would later be restructured into a permanent Treasury controlled digital public currency wallet system. Although both bills did not mention the use of blockchain, cryptocurrency or decentralization, it might be the best current technology for such an ambitious plan would involve at least two.

Some countries have already realised that cash and physical check can facilitate the spread of coronavirus, that is why they are looking to quarantine fiat money. Coinidol.com, a world blockchain news outlet, has previously reported that China and Hungary were going to take fiat money out of circulation. However, having realised that this can have highly negative consequences, they decided to quarantine and disinfect banknotes instead.

Italian Banca Sella launched a bitcoin trading platform to adjust themselves to the changing situation. The platform is now accessible to 1.2 users. Another country, Venezuela, sees banks as a threat, so the President, Nicolas Maduro, ordered them closed. That leaves people no choice except considering using cryptocurrency for everyday transactions.

The USA, on the contrary, has eased regulations for banking institutions, having allowed them to work with 0% of the Federal Reserve. Nevertheless, the country obviously realises the need to switch to digital currencies at least partially as it might considerably halt the spread of coronavirus.