China Could Regulate Cryptocurrency Due to Growing Concerns from Libra 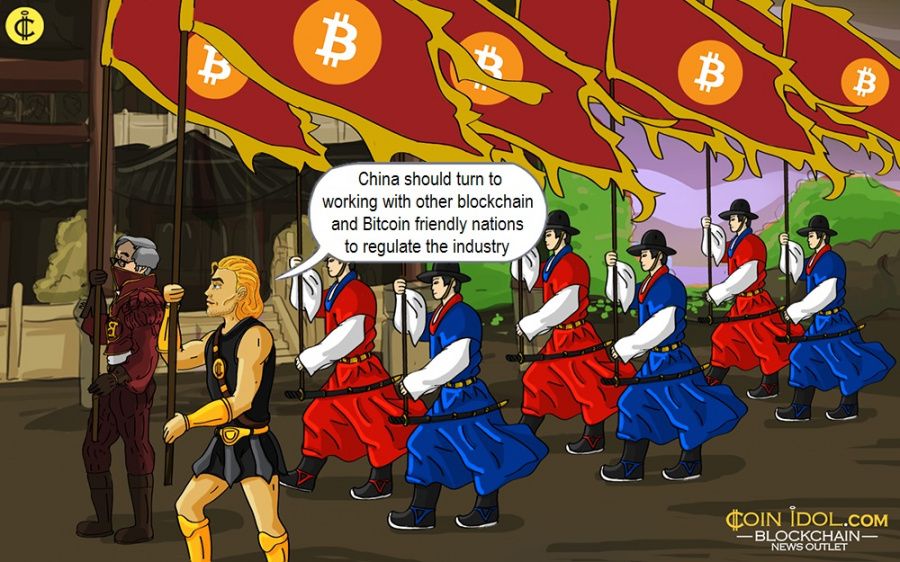 There seems to be a new view in China about how it should respond to the possible issues posed by Libra, Facebook's cryptocurrency. It has been suggested that the country should turn to working with other blockchain and Bitcoin friendly nations to regulate the industry, instead of quickly establishing its individual option means of payment.

The discussion over whether and how the central banking institution - People's Bank of China (PBOC) - will create its own cryptocurrency continues, and there are growing concerns that the massive attractiveness of Libra virtual asset could further strengthen the dollar's dominance in the digital epoch.

China's yuan isn’t likely to be encompassed in Libra's underlying tokens, while PBOC is also cracking down on virtual assets including Bitcoin (BTC) and appears to have registered a headway in formation an autonomous cryptocurrency.

But Zhu Min, an ex V.P of the PBOC, advised the government to ponder its reaction to Facebook’s Libra project further. The coin owned by the social networking service provider, Facebook is backed by a portfolio of hard currency assets and is believed to be officially launched in the first quarter of this year.

Financial Authorities Need to Regulate Cryptocurrencies Rather than Banning Them

Zhu further revealed that the central bank's cryptocurrency research program, called digital money electronic payments, was a "natural process", proposing that China had no timetable for the roll out of autonomous cryptocurrencies. Min isn’t the only one significant person calling and advocating for a global regulatory framework for Bitcoin and other virtual assets.

Ba Shusong, an ex-research fellow at the Development Research Center of the State Council and now chief China economist at the Hong Kong Stock Exchange, revealed a framework supervised by global agencies was badly required to over cryptocurrencies like BTC, Libra because they had the capability to restructure the universal financial system and dare current national financial agencies. Mr. Shusong also revealed that there were several snags with cryptocurrencies, which weren’t limited to any one state.

This week, Vodafone became the latest firm to withdraw from Facebook's cryptocurrency project. Sponsors including PayPal, Visa and MasterCard have also pulled out from the Libra Association amid regulatory scrutiny across the globe.

Earlier this week, the Bank for International Settlements proclaimed that it had formed an effective group of central banking institutions from major countries such as Sweden, Canada, the United Kingdom, and Japan plus the European Central Bank, to "share experience sits in evaluating latent applications of the central bank's digital currencies (CBCDs)."