Will China Dominate the United States in the Blockchain Space? 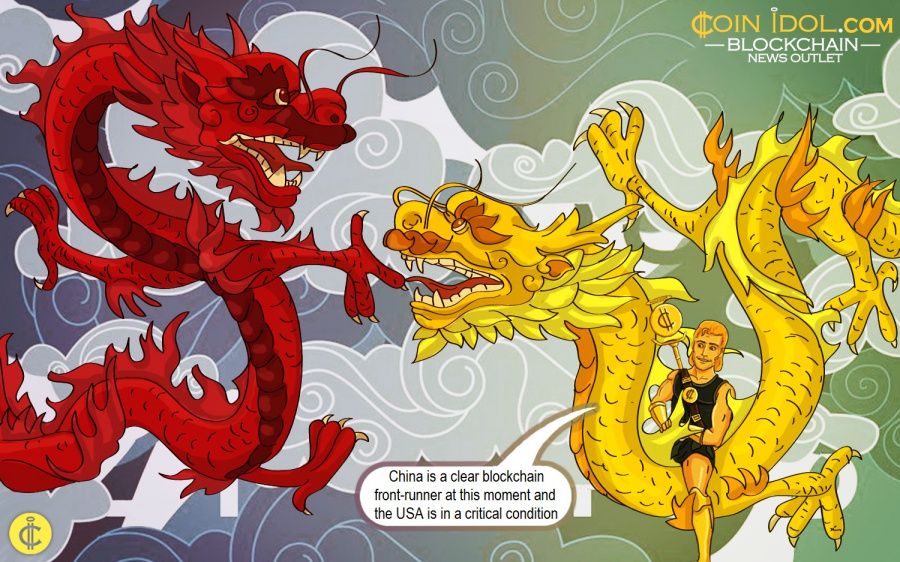 China is by far a clear blockchain and distributed ledger technology (DLT) front-runner at this moment in time and the United States is in a critical condition of losing out completely if it doesn’t check itself and begin the venture in a massive manner.

The country intends to surpass the US and dominate in anything, be it in artificial intelligence, trade and economics, big data, internet of things (IoT), 6G telecoms, education and technology, defense and security, facial recognition, and now blockchain.

China in the Driving Seat

If someone comes out and says that China is now on top of the innovation game, then that person is very right without a doubt. When it comes to DLT projects, the country is more determined to do anything than any other nation in the world.

In fact, in late October, President Xi Jinping recently sanctioned digital ledgers, a thing that led to a market boom of cryptocurrency including Bitcoin, the original and the world’s leading virtual currency, however, there were ensuing plans to suppress and crush the fever for cryptocurrencies which the Beijing administration certainly doesn’t hold with.

Just of recent, CNBC released a powerful report saying that China could control and take over the industry of blockchain and DLT development, a move that could leave the United States wrestling in mud with itself.

The greatest all-round and comprehensive application of blockchain technology would be a stablecoin which in this case is a central bank digital currency (CBDC) and as we talk right now, China has been developing and delving into this groundbreaking initiative for over half a decade. Actually, in order to create more space for the development of CBDC, the country first put a blanket ban on all cryptocurrencies operating within its borders, and made itself clear that it supports blockchain projects but not virtual currency businesses.

Around a month ago, various central banks from different parts of the globe, including the Bank of France, the Bank of Japan, Turkey, South Korea, Marshall Island, Norway, European Union, Lithuania, Sweden etc. released their findings and intentions on CBDC.

Actually, the government has chosen the southern province of Hainan and made an attractive blockchain and DLT pilot zone so as it can simply the development and experimenting, and further allow research in an organized climate sans expensive national roll-outs and launches. It is also planning to setup blockchain-friendly rules and regulations just like Switzerland, Malta and Singapore, and attract more startups and investors.

On the contrary, due to its unfavorable environment, postponement of the exchange-traded fund verdict by the SEC, and regulatory hardships, the United States has been regarded as a country with less intentions on blockchain and cryptocurrency projects.

Nevertheless, for US to remain significant in the blockchain and cryptocurrency game, its legislators have to come out from their comfort zones and provide regulatory clarity (as one 2021 US presidential candidate Andrew Yang once said) before it’s too late.