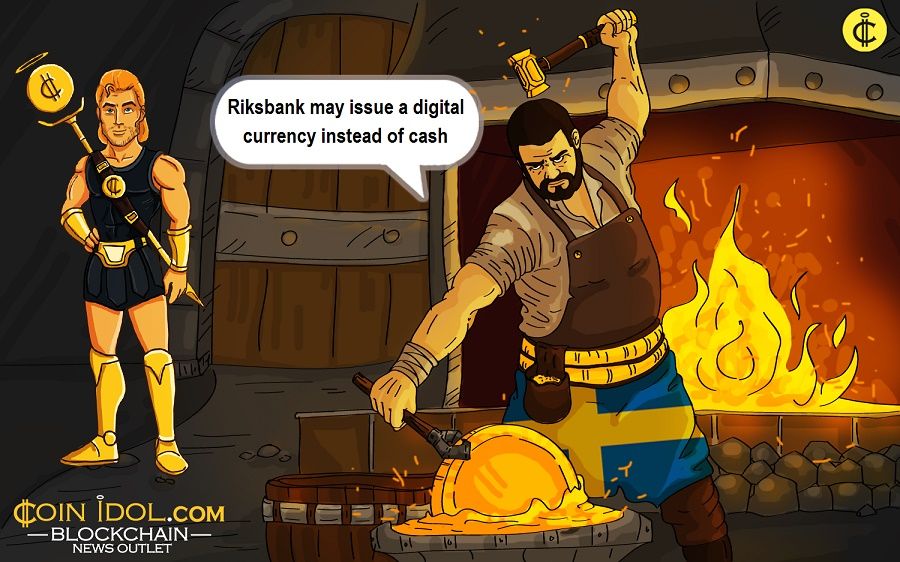 Riksbank, the central bank of Sweden, considers the possibility of issuing a digital currency, named e-krona, instead of using cash.

Cecilia Skingsley, Deputy Governor of the Riksbank, described the possibility of money digitalization at FinTech Stockholm on Wednesday, November 16.

Today, people in Sweden are more likely to use banking cards or payments apps than cash. Roughly 95% of all retail sales are made electronically. In her speech, Cecilia Skingsley noted that the less those living in Sweden use banknotes and coins, the clearer it becomes that the Riksbank needs to investigate whether it should issue electronic money as a complement to the money we have today.”

"If the market can make use of the new technology to launch new and popular payment services, why shouldn't the Riksbank be able to do the same?"

Issuing e-krona would be something completely new for a central bank. That is why Riksbank wants to first investigate a number of technical, legal and practical issues before making a final decision on the future of a national digital currency in Sweden.

However, according to Cecilia Skingsley, the Riksbank will continue issuing banknotes and coins as long as there is demand for them in society.

Tags
Sweden Central Bank Banking Digital currency Cash Money Decentralization Centralisation
Most Popular
May 08, 2021 at 11:25
News
There is Fire in the Cryptocurrency Market As Dogecoin Could Be the Next Big Thing
May 08, 2021 at 10:26
News
Polkadot Attempts to Breach $40 Resistance, Lacks Buyers at Higher Price Levels
May 08, 2021 at 09:39
News
Ethereum Continues Its Bullish Run As It Attempts to Jump Over $3,750 High
May 07, 2021 at 12:43
News
Ripple Faces Stiff Resistance at $1.70 High as Bears Attempt to Sink XRP to $1.00 Low
May 07, 2021 at 10:39
News
Revolut Users Will Gain Stronger Control of Their Bitcoins with New Withdrawal Feature
More