JPMorgan: Bitcoin Price is Now Lower Than Cost of Mining One BTC 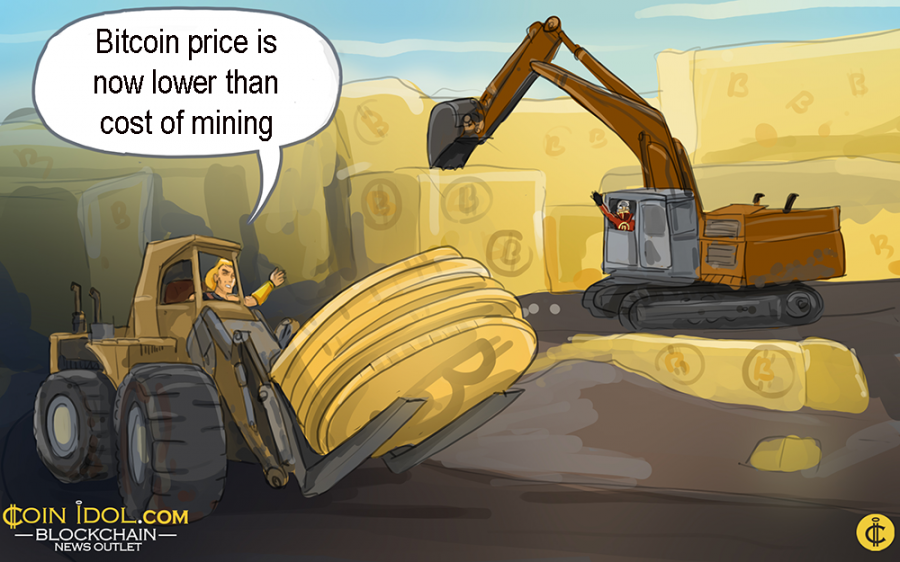 According to research on the ground, the production-weighted cash cost to create 1 Bitcoin (BTC) averaged approx. $4,060 worldwide in the fourth quarter (Q4) of 2018, analysts from JPMorgan Chase Co. reveal. This cost is much higher than the current Bitcoin price as Bloomberg reports.

BTC itself is currently changing hands at around $3,600 with a market cap of over $63.796 billion. It doesn’t appear like such a big deal. However, there is a huge feast around the average, implying that there are several vibrant losers and winners.

Low-cost Chinese crypto miners are in a position to pay much less – the guesstimate is approx. $2,400 per BTC, by influencing direct electricity (power) buying agreements with power generators like aluminum smelters looking to sell surplus electricity generation, JPMorgan analysts being led by Natasha Kaneva revealed in a January 24 report about digital currencies which was fronted by Joyce Chang.

Power tends to be the highest cost for crypto miners, necessary to run high-powered computer rigs that process data blocks in order to earn BTC.

“The drop in BTC prices from approx. $6,500 during October to underneath $4,000 now has more and more pushed margins further negative for just about every region except low-cost Chinese crypto miners,” analysts revealed.

As Coinidol reported in December 2018, BTC mining difficulty reduced by around 7% of its overall capacity. Regardless of the Bitcoin rally at the time, Bitcoin miners were continuing to quit the activity since they were not making profits.

With margins negative, it’s anticipated more high-cost producers will, in one way or another, be forced to quit.

That scenario hasn’t yet occurred, and production shares of miners who are based in Iceland, Czech Republic, and United States (U.S.) have in fact increased slightly over the past 14 months, according to JPMorgan.

If there is submission, the other remaining crypto miners may indeed see their costs drop as they would win a significant share of BTCs for the same quantity of energy consumption.

If only low-cost Chinese crypto miners endure, the marginal cost could likely fall to not more than $1,260 per BTC.

Price gyrations have also shaped BTC and other bullish digital currencies as an impartially deprived store of value, or even as a diversification verge in collections.

BTC’s correlation over the past 12 months with all other assets has almost been close to zero (0). Low correlations possess less value if the verge asset is in a bear market. BTC plummeted around 74% in 2018. The SP 500 dropped almost 6,2%.

You will find that the availability of cheap electricity in a certain country. It normally attracts cryptocurrency miners. For instance, Iran charges around $0,006 kWh, as Coinidol reported. It was one of the lowest electricity-consuming operations.

However, some countries removed electricity tax subsidies that were previously granted to all Bitcoin miners. Norway was one of them. The government claimed this activity consumes too much electricity. It also produces large quantities of greenhouse gases, as Coinidol revealed.

Bitcoin miners were even convicted of stealing electricity. Coinidol reported this to happen in 2017 in Venezuela. This is a clear sign that the activity uses too much energy. So it becomes more expensive for large-scale miners to manage.