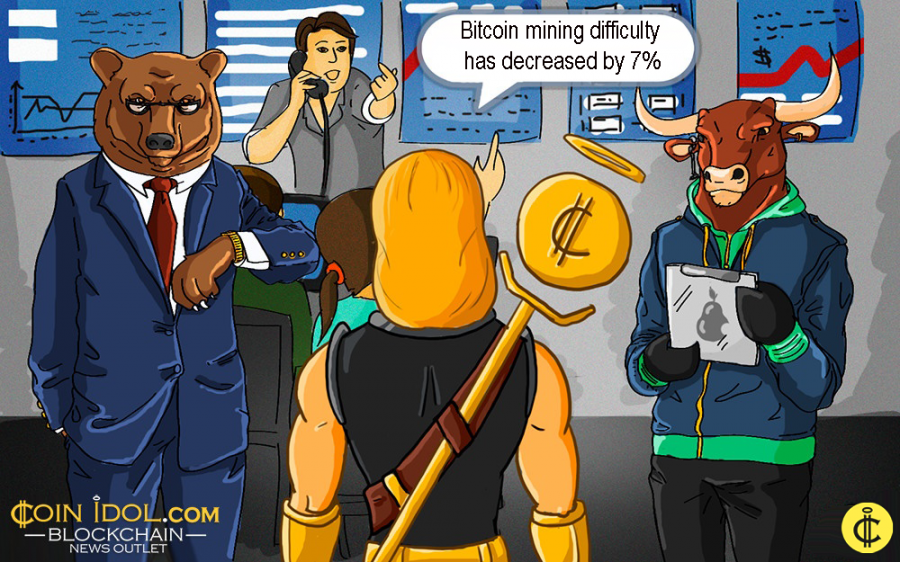 With the prolonged bear market, Bitcoin mining difficulty has lost another 7% of its total capacity over 24 hours. Even though the Bitcoin price recovered over $4,000, miners see no point in continuing their activity. It is still too hard to make a profit or break even under such circumstances.

Why did it Happen?

As miners abandoned cryptocurrency, the blockchain hashrate of Bitcoin also dropped. In order to eliminate the risk of tremendous transaction confirmation backlog and expensive confirmation fees, the network adjusts the difficulty level automatically. It seems that a 7% decrease in the mining difficulty level can mean that such a low Bitcoin value is here to stay for real.

As the chart below shows, Bitcoin mining capacity went down from approximately 5.8TH/second to about 5TH/second, while Bitcoin Cash and Bitcoin SV have undergone no changes and are stable at 1TH/second. Despite the decrease in Bitcoin mining, there are no signs of miners to switch to Bitcoin Cash or Bitcoin SV extraction. So, miners choose not only to stop mining Bitcoin but to quit the crypto market in general.

What can We Have in the Result?

According to CCN’s recent report, several crypto mining rigs closed their business or shifted to another activity, such as cloud computing. For example, Bladetech, one of the largest crypto mining operations, out of blue stopped to work.

As a result, this drop in mining difficulty may lead to a general drop of interest in the adoption of fintech in the future. Furthermore, if miners continue leaving the market, a big uncertainty towards the security of the virtual coins will arise. However, everything can change in a moment when a bullish trend drives the price of Bitcoin up.